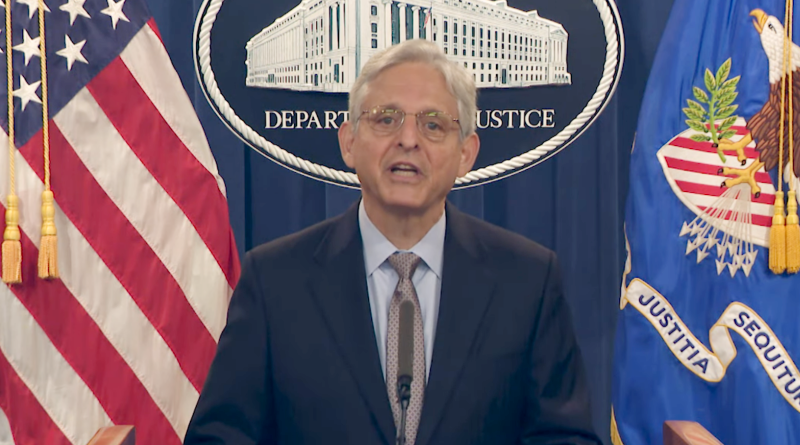 In a one-page memo, Garland said that federal authorities would meet with federal, state, tribal, territorial, and local law enforcement leaders to strategize.

“Threats against public servants are not only illegal, they run counter to our nation’s core values,” Garland said in an accompanying statement. “Those who dedicate their time and energy to ensuring that our children receive a proper education in a safe environment deserve to be able to do their work without fear for their safety.”

The move comes on the heels of a Sept. 29 letter sent to President Joe Biden from the National School Boards Association, which outlined instances of violent threats against school boards and educators that have propagated during the COVID-19 pandemic, and during increased discussion about classroom instruction around race and civil rights.

“NSBA believes immediate assistance is required to protect our students, school board members, and educators who are susceptible to acts of violence affecting interstate commerce because of threats to their districts, families, and personal safety,” the letter said. “As our school boards continue coronavirus recovery operations within their respective districts, they are also persevering against other challenges that could impede this progress in a number of communities.

“Coupled with attacks against school board members and educators for approving policies for masks to protect the health and safety of students and school employees, many public school officials are also facing physical threats because of propaganda purporting the false inclusion of critical race theory within classroom instruction and curricula,” the letter continued. “This propaganda continues despite the fact that critical race theory is not taught in public schools and remains a complex law school and graduate school subject well beyond the scope of a K-12 class.”

The organization said that local and state law enforcement agencies need help monitoring threats, which have come during school board meetings, through the mail, via social media, and even “around personal properties.”

“As these acts of malice, violence, and threats against public school officials have increased, the classification of these heinous actions could be the equivalent to a form of domestic terrorism and hate crimes,” the organization said before detailing instances of threats and even outright violence in several states. “In other states including Washington, Texas, Wisconsin, Wyoming, and Tennessee, school boards have been confronted by angry mobs and forced to end meetings abruptly.”

The Justice Department will also launch a series of additional efforts aimed at addressing the threats, and will also create a specialized training and guidance program for local school boards and school administrators.

The Justice Department said a task force consisting of representatives from the department’s Criminal Division, National Security Division, Civil Rights Division, the Executive Office for U.S. Attorneys, the FBI, the Community Relations Service, and the Office of Justice Programs will help determine what federal enforcement tools can be used to prosecute the criminal threats.

The task force will look for ways to help local and state authorities determine what threats constitute federal crimes.

The Department of Justice said that threats of violence against school board members, officials, and public school employees can be reported to the FBI’s National Threat Operations Center (NTOC) via its national tip line (1-800-CALL-FBI) and online through the FBI website (http://fbi.gov/tips).

NSBA letter to biden by PeopleNewspapersDallas on Scribd