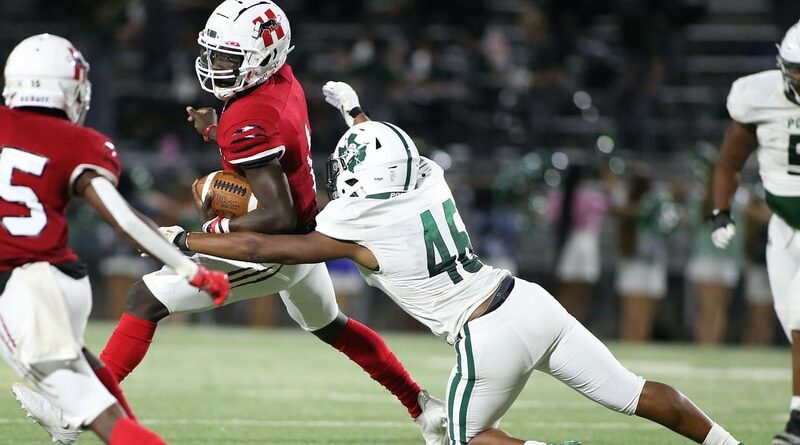 Despite a valiant fourth-quarter comeback, Hillcrest’s bid for its first District 6-5A Div. II victory fell short on Friday.

The Panthers suffered a 35-28 loss to Mesquite Poteet at Franklin Stadium, meaning Hillcrest will need to repeat its late-season surge from a year ago in order to return to the playoffs.

Shannon Cruse was his top target with six catches for 97 yards, but he might have been even more valuable on defense with two first-quarter interceptions. Reggie Williams had a 45-yard scoring catch in the first quarter and Donald Olusegun added a touchdown in the fourth.

The Pirates benefited from two fumbled kickoffs by Hillcrest and capitalized both times. The second instance led to a Nicholas Aguilar scoring pass to Jeremiah Batiste late in the third quarter to make the score 35-14.

Poteet’s Joey Shaw accounted for 224 all-purpose yards and two touchdowns — one on the ground and the other on a pass reception.

The Pirates (4-2, 3-0) picked up a forfeit win last week against Spruce due to COVID-19 protocols, then lost at Odessa Permian in a nondistrict replacement game.

Meanwhile, Hillcrest will look to remain in postseason contention with a key district game next week against Conrad.