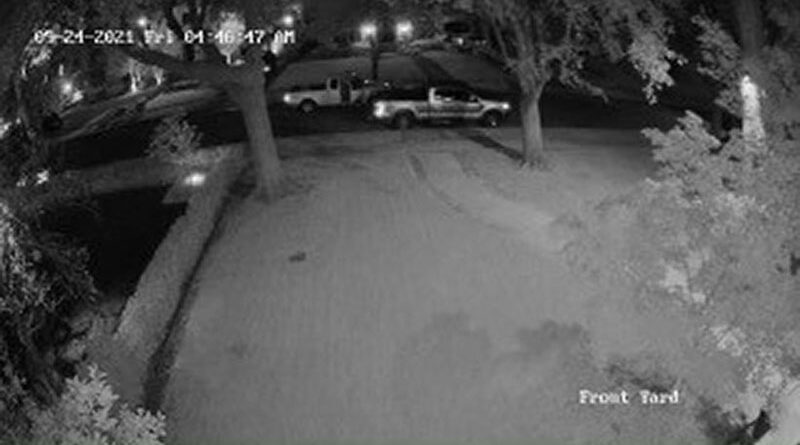 University Park police are investigating an attempted home invasion, the theft of a vehicle, and two burglaries from unlocked vehicles that all happened between 4:30 and 5 a.m. Sept. 24.

Police say two men got into an unlocked vehicle in the 3700 block of Centenary and tried to use keys taken from the vehicle to get into the home, but were unsuccessful.

Footage from the incident showed two men, one of whom was wearing a black mask and appeared to have a handgun in his right hand and zip ties in his left hand, police said.

The second man is described as wearing light-colored sweatpants and a hoodie, authorities said.

A 2019 black Escalade that had been unlocked was taken from the 3300 block of Marquette and later recovered in Dallas, according to police.

Two purses were taken from another unlocked vehicle in the 3500 block of Marquette and footage indicates the potential suspect vehicle is a light-colored pickup truck, police say.

Also in the 3500 block of Marquette, jewelry was also taken from an unlocked vehicle.

“Due to the close proximity of these incidents, UPPD believes they are related,” University Park police said in a press release. “These incidents underscore that residents should always lock their vehicles, take their keys or key fobs with them, remove all valuables from plain sight, and activate home and vehicle intrusion alarms. Police consider the first incident to be an intended home invasion robbery.”

Residents are asked to call 214-363-3000 if they have any information about the incidents.