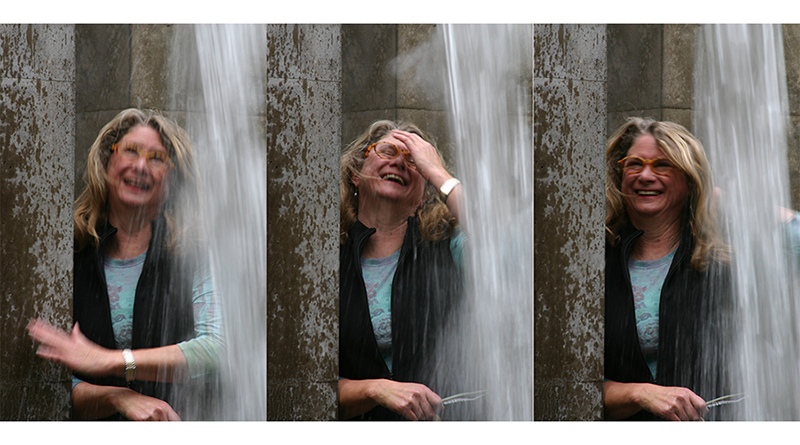 The atmosphere of NorthPark, with its art and landscaping, has long been a draw to shoppers and a signature piece of the shopping center.

This year, NorthPark will have to switch from summer to fall landscaping (which typically includes hundreds of pumpkins and gourds) without the help of Judy Cunningham, the acclaimed landscape designer known as ‘the mastermind of NorthPark Center’s artistic landscape architecture for 43 years.’

Cunningham died earlier this month in her Jemez Springs, New Mexico home. She was 68.

She received and got her degree in plant taxonomy from the University of North Texas in 1975. After she got her degree, she began working in Dallas,  where NorthPark owners Patsy and Ray Nasher saw one of her designs in 1977 at Lord & Taylor, according to a post on the mall’s website.

“Judy was a bright spirit and a dear friend, and we are shocked and saddened at her untimely loss,” said Nancy Nasher, president and owner of NorthPark Center. “She was a brilliant and original thinker, and her beautiful, inventive landscapes were instrumental to creating NorthPark’s elevated aesthetic. I can’t overstate how much we will miss her infectious energy, joie de vivre, and genius creativity.”

Cunningham co-founded landscape firm Mesa Design Group in Dallas in 1981 and helped build it into a successful multinational company with offices in Europe and the Middle East. She retired from the firm in 2012, but continued to work with NorthPark, the Dallas Morning News reported.

Mesa Design Group received dozens of awards during her tenure, including the International Council of Shopping Center’s Merit Award for Renovation or Expansion of an Existing Project in 2007 and Grand Award for “Interiorscape” for NorthPark in 2008. The group was also included in the Texas Architect Design Award that NorthPark received in 2007, according to the shopping center’s website.

“Those who were fortunate to have known Judy knew her to be creative, fun, friendly, quirky, and down to earth,” Mesa Design Group said in a statement. “Judy’s energy and passion still influence our office in many ways today. She will be greatly missed by those who knew her.”

William “Billy” Roberts, who worked with Cunningham on NorthPark for the past two decades, stepped into her role as her chosen successor.

“Judy was above all a good friend and a mentor. Her award-winning work as the creative leader of NorthPark Center’s signature landscapes has always been an inspiration,” Roberts said.