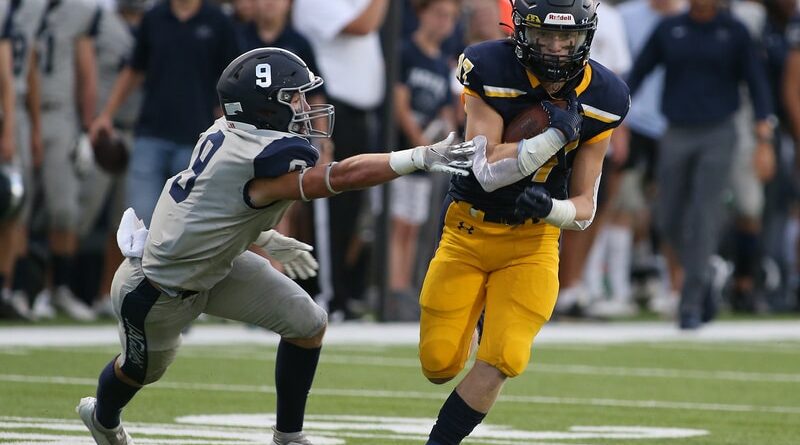 Another week means another high-powered offense to test Highland Park early in the 2021 football season.

On Friday, the Scots will travel to Coppell for their first true road game on the schedule, and their third consecutive matchup against a Class 6A opponent.

That’s by design, of course, with HP using September to prepare for the grind of District 13-5A play and the playoffs after that.

In that regard, the Cowboys should fit the bill. They made the playoffs last year after giving HP its closest game during the Scots’ unbeaten regular season. HP’s 42-36 win in the 2020 opener kicked off an 11-game winning streak.

This time, the Scots (1-1) will look for their second consecutive victory after a thrilling 28-24 victory last week over Flower Mound, which finished behind Coppell in the 6-6A standings a year ago.

Ben Croasdale’s touchdown run in the final minute capped a clutch late drive that rescued the Scots after the Jaguars had stormed from behind with 17 straight points. It also gave the slow-starting HP offense some momentum heading into Friday’s matchup.

Croasdale’s second touchdown of the season tied him with Jay Cox and John Rutledge for the team lead through two games. Jack Curtis and Daniel Shawver each forced turnovers on defense versus Flower Mound.

The Cowboys (1-1) topped Sachse in their season opener before stumbling at home, surrendering 55 points against private-school powerhouse Plano Prestonwood.