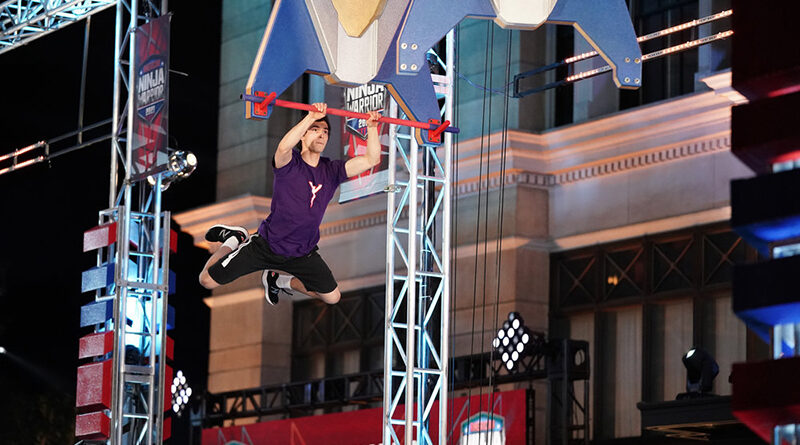 Christian Youst has dreamed of competing on American Ninja Warrior since he was 8.

He and his dad would watch it all the time and later began training at Iron Sports Ninja Warrior Gym in Houston before moving to Dallas.

“Ninja has become a big part of my life,” the 16-year-old St. Mark’s School of Texas student said. “I like competing and showing people the skills. It’s cool that there’s a TV show for the sport that I like to do.”

Now Youst is among those on TV. For the first time, the age limit to compete was lowered to 15, allowing him to join Season 13. His speed helped him make it through the first obstacle course and the semifinals. What’s next? Las Vegas, where athletes will chase the top prize of $1 million.

His next episode will air between late August and early September, his publicist said.

“I was very nervous the first few days,” the teen said. “But it’s game mode once you’re doing it.”

Youst was first seen competing in 2018. With American Ninja Warrior Junior, he made it through the seeding rounds and the knockout round, advancing to the finals of the first season.

“First time I went on set on Ninja Warrior Junior, I was very nervous,” Youst said. “There was a lot of pressure, but I wanted to do well,”

I was very nervous the first few days. But it’s game mode once you’re doing it.

During the finals, he lost to winner Vance Walker.

But Youst did not give up. He kept training, working on various skills.

He competed in multiple courses, including the Ninja Event at the State Games of America, where he won gold in 2019, plus the Iron Sports Competition and Ultimate Ninja Athlete Competition.

“The cool thing about competing is that you forget about it in the first obstacles,” he said. “All the nerves go away.”

Nelson Brings Spieth Back to His Roots