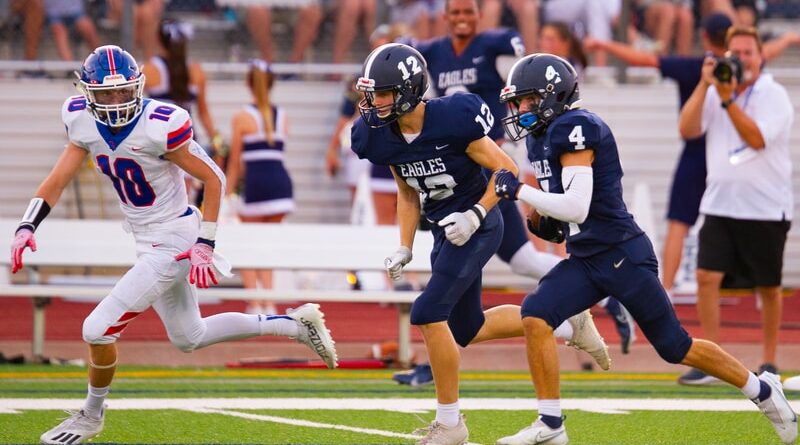 ESD’s defense can sometimes be overshadowed by its high-powered offense. But that wasn’t the case on Friday.

The Eagles shut out Trinity Christian in the first half, keying a 28-14 win in ESD’s home opener at Jones Family Stadium.

The Eagles (2-0) forced five turnovers, including three before halftime. A first-quarter fumble recovery set up the first of two touchdown passes from Patrick Burke to Blair Brennan, and ESD never trailed.

Burke finished with 226 passing yards, spreading his 15 completions among eight different receivers. Jaden Robinson caught a scoring pass in the second quarter, while Burke also ran for a 21-yard score in the third.

Camden Williams threw a pair of second-half touchdown passes for the Trojans (0-2), including one each to Markus Schumacher and Brooks Krantz.

The Eagles avenged a defeat to the Trojans last season, which was ESD’s only loss in its five-game abbreviated campaign.

ESD will travel to face Fort Worth Christian next week, while Trinity Christian will return home for a scheduled clash with Dallas Christian.