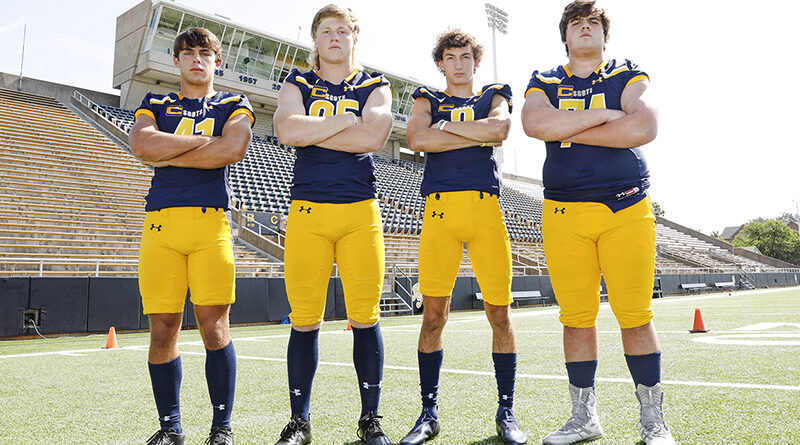 Highland Park averaged more than 40 points per game last season and has the talent and experience to be even more prolific this season.

New dual-threat quarterback Brennan Storer will benefit from a typically deep cadre of receivers for the Scots, including a handful who already have varsity experience.

“We seem to every year have a large group that comes through the ranks with the ability to run good routes, catch the football, and break tackles,” said HP head coach Randy Allen. “We’re excited about our receiving corps.”

“We’ve got depth at every receiver spot. Everyone can make a play,” Rutledge said. “I don’t think we’ll miss a beat.”

Joining Storer in the backfield will be a trio of running backs who likely will rotate. Christian Reeves is the top returnee after scoring four touchdowns while averaging 7.3 yards per carry in a reserve role in 2020. Jay Fox and Ben Croasdale also will be in the mix.

Up front, HP’s offensive line was outstanding last season, but graduation left the Scots with four starting spots to fill alongside returnee Grant Gibson, who will move from guard to right tackle.

Lawson Petty is expected to start at left tackle, with Gannon Goubert, Charlie Wilson, and Andrew Maroulis taking the other spots. Meanwhile, defensive linemen Jack Curtis and Judge Ellis each could see some snaps at tight end.

A Photo Within A Photo