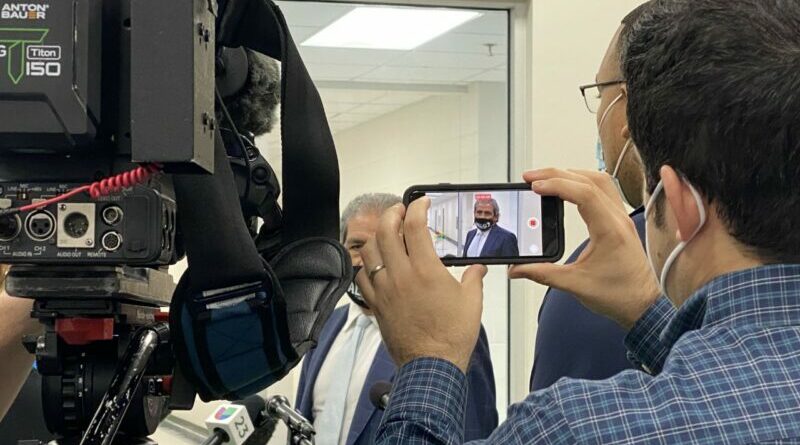 Dallas ISD superintendent Michael Hinojosa was facing a new school year situated firmly, it seemed, between a rock and a hard place.

The hard place? Thousands of elementary school students who couldn’t be vaccinated yet, with health experts warning that the new delta variant of COVID-19 was more virulent, less discriminating about age, and dovetailing with a rise in respiratory syncytial virus (or RSV), leaving pediatric ICU beds imperiled.

The rock, it seemed, was an executive order from Gov. Greg Abbott that placed a ban on mandating masks.

Hinojosa announced on Aug. 9 that, regardless of Abbott’s order, he was issuing an indoor mask requirement for campuses.

The Texas Supreme Court issued a stay on temporary restraining orders on Abbott’s executive order that were obtained by Dallas and Bexar counties.

But with that stay, said the lawyers for several districts, including Dallas ISD, came some movement from that rock. The decision didn’t name any school district. It didn’t name the other two counties.

“For me, this is the right thing to do, and as long as I have the ability to do it, I’m going to,” he said. “There’s nothing about school districts in this order, so why would I back off now?”

And while he hasn’t had any communication with Abbott, he did get a voicemail from President Joe Biden.

“The president said he was proud of us for making this opportunity available to our students,” he said of the message. “He thanked me for having the courage to stand up for our students and our community.”

As it stands, roughly 50 school districts so far have enacted mask mandates.

After vowing to stop them, Abbott and Texas Attorney General Ken Paxton were dealt an early blow in that effort when the Texas Supreme Court declined to take up their request for a temporary injunction. The decision was based on procedure, the court indicated, citing the state Rules of Appellate Procedure that require petitions be presented first to the court of appeals “unless there is a compelling reason not to do so.”

Hinojosa said that students that didn’t wish to comply with the mask requirement would be dealt with firmly, but also with understanding. They would be offered a mask, and if they continued to refuse, they would be separated from the rest of the students.

This story originally appeared in the September issue of Preston Hollow People.