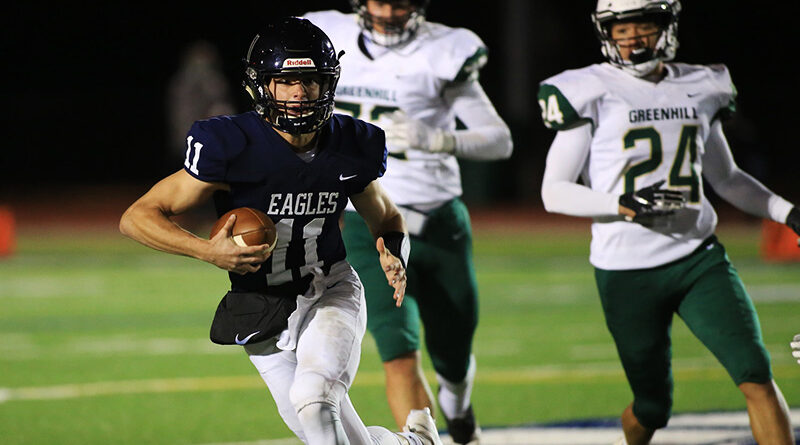 Even in a five-game makeshift season with no championship aspirations, the stakes were high for ESD in 2020.

With four victories, the Eagles gained valuable experience that could help the Episcopal School of Dallas contend with traditional Southwest Preparatory Conference (SPC) powerhouses from the Houston area.

The team’s continued growth hinges on the progress of junior quarterback Patrick Burke, the younger brother of former ESD standout Brodie Burke, who shined during the pandemic-shortened campaign.

“Having him start five games was huge, just to get some starts under his belt,” said ESD head coach Richard Williams. “His ball placement and accuracy is the best I’ve seen. He’s gritty, and he’s also one of our fastest guys on the team. He’s going to present some challenges for the defenses that we face.”

Burke has multiple big targets in ESD’s explosive offense. Teddy Sparrow has flourished since moving from wide receiver to tight end, and he has played with Burke for years. Blair Brennan and 6-foot-4 Jaden Robinson are sure-handed wideouts.

With 16 returning starters, ESD should be able to limit its use of two-way players. That should benefit the defense, led by versatile lineman Chase Kennedy, who also stars in basketball.

“He’s a threat with his size and his quickness. He creates a nightmare for opposing offensive tackles,” Williams said. “This defense is one of the best in the conference. We’re solid at just about every spot.”

Aside from Kennedy, the Eagles will rely on Justin McCray, Andrew Chairuangdej, and Eli Huggins to win battles at the line of scrimmage. 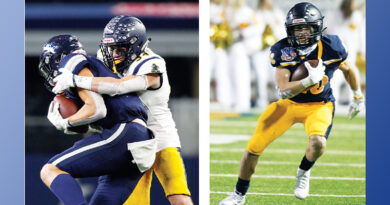