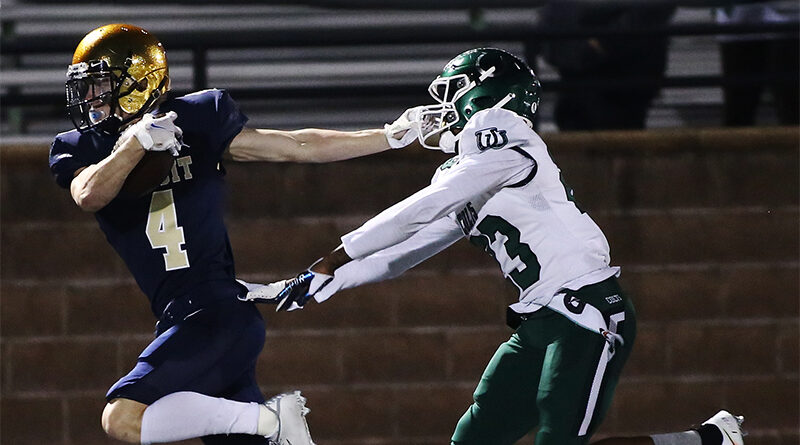 Two years ago, Jesuit Dallas advanced to the fourth round of the UIL playoffs for the first time in history. Last year, its season ended with a first-round upset loss to Arlington.

The Rangers are poised to bounce back behind the leadership of quarterback Gage Roy and two-way standout Robert Fitzgerald.

Roy threw for 2,714 yards and 28 touchdowns in 11 games as a junior, and he has added 10 pounds of muscle over the summer. Meanwhile, Fitzgerald was named the defensive MVP in District 7-6A with 80 tackles, while adding seven rushing touchdowns on offense.

“Robert is an unbelievable athlete,” Hickman said. “We’ve got to find a way to get him on the field and get him the ball as much as possible. We can’t afford for him to be standing on the sidelines much.”

Jesuit also returns leading receiver Hunter Krepp, who tallied 695 yards and 10 touchdowns last season. He might line up in the defensive secondary, too, along with fellow receiver Ford Butler and others.

“In 6A football, you’ve got to have speed on the field,” Hickman said. “To have those guys on both sides of the ball, we think will allow us to better cover people.”

The Rangers have solid depth on the offensive line, anchored by mammoth tackle Matt Craycraft. They will be less experienced on defense with just three returning starters.

Here’s a Trivia Question: Who Edited This Book?