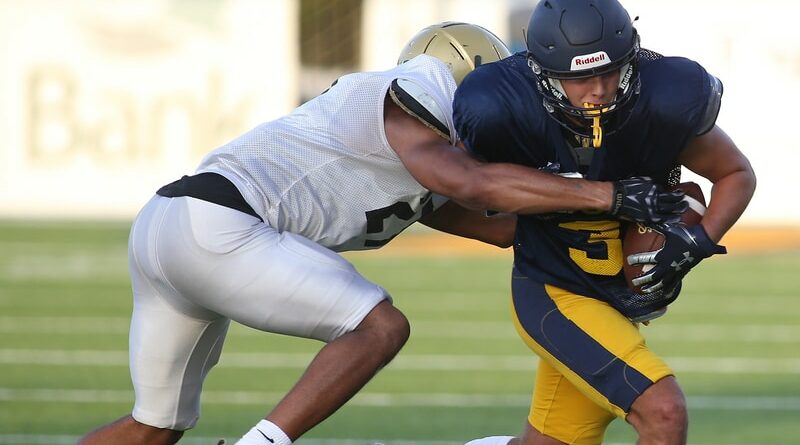 As some normalcy returns to the Texas high school football landscape this fall, a marquee season opener seems like a great way to celebrate.

The matchup between perennial powers Highland Park and Southlake Carroll certainly fits the bill, with tonight’s game at AT&T Stadium in Arlington set for a national television audience via ESPNU.

Both programs, of course, have a tremendous pedigree. HP has more all-time wins (854) than any team in the state, while Carroll is second historically in winning percentage. The Scots won three consecutive state titles between 2016 and 2018, while the Dragons did the same from 2004 to 2006.

Technically, both teams already have played in 2021, as the Scots fell to eventual Class 5A Division I state champion Denton Ryan on Jan. 1, and Carroll lost to Austin Westlake a couple of weeks later in the 6A Division I championship game. That quirk resulted from scheduling shifts stemming from the COVID-19 pandemic.

The Dragons averaged more than 53.4 points per game a year ago, while the Scots accumulated more than 40.5 per game. However, Carroll quarterback Quinn Ewers — perhaps the nation’s top college recruit — decided this summer to graduate early, skip his senior season, and enroll this fall at Ohio State.

That leaves both high-powered offenses showcasing new quarterbacks, each making their first varsity start under some pressure-packed circumstances.

Dual-threat junior Brennan Storer takes over as the HP signal-caller after seeing limited action in a reserve role last season. He will have a few key returnees at the skill positions, including receivers John Rutledge, Luke Rossley, and Luke Herring.

Carroll junior Kaden Anderson was named the starter after Ewers’ departure. He also took some varsity snaps as a backup last year, and his targets will include standout receiver Landon Samson — who is verbally committed to South Carolina — and shifty running back Owen Allen.

It will be the first of four 6A nondistrict opponents for the Scots, who will face Mesquite Horn in their home opener on Sept. 3.