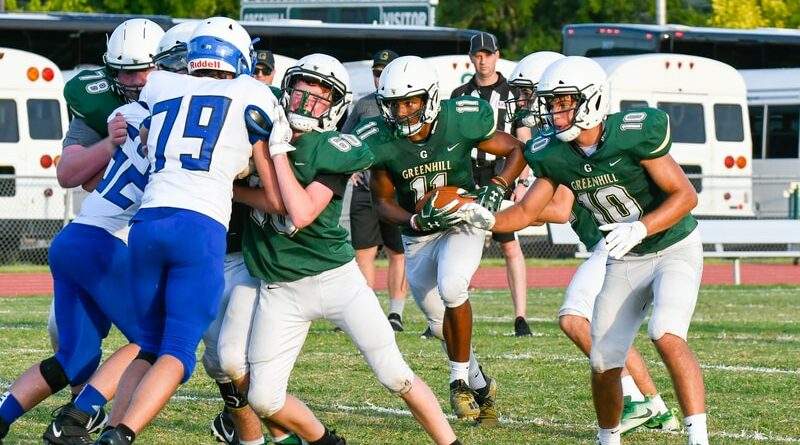 Greenhill is among the teams who will have to sit out this weekend due to COVID-19 protocols. (PHOTO: Rob Graham)
Preston Hollow Sports
August 26, 2021August 26, 2021 Todd Jorgenson 0 Comments

After causing schedule havoc throughout last football season, the COVID-19 pandemic already has affected a handful of area teams as they prepare for the 2021 campaign.

Greenhill was prompted to cancel its season-opening clash with SPC rival ESD because of health and safety protocols. The school also scrapped its scrimmage last week against Grapevine Faith. As of now, the Hornets will start their season on Sept. 3 at home against Houston St. John’s.

So what does that mean for ESD? Fortunately, the Eagles were able to find a replacement opponent on short notice because of another cancellation. ESD will now travel to face Wichita Falls Hirschi on Friday.

Covenant’s season opener at Fort Worth Temple Christian also has been canceled. The Knights will now prepare to start the season at home on Sept. 3 against Fort Worth Lake Country.

Meanwhile, Thomas Jefferson won’t have enough available players for its scheduled game on Friday against North Dallas. No determination has been made yet regarding the Patriots’ scheduled home opener on Sept. 2 against Fort Worth North Side.