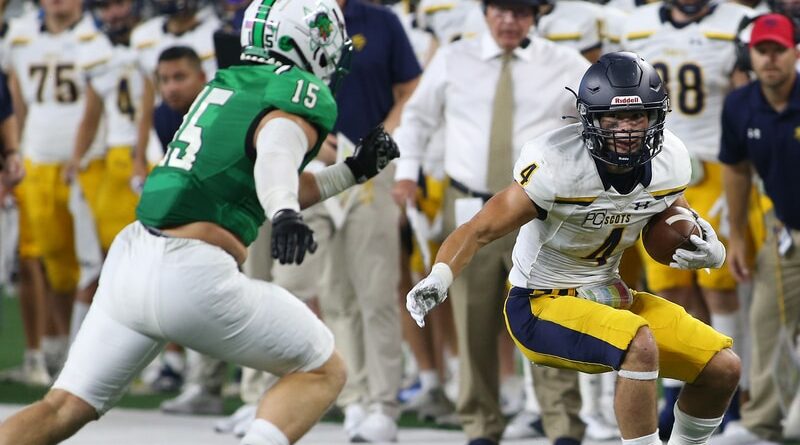 ARLINGTON — Highland Park was soundly beaten by Southlake Carroll on Thursday in a high-profile, season-opening matchup of perennial powerhouses at AT&T Stadium.

However, don’t read too much into the 45-21 defeat to last year’s Class 6A Division I state runners-up in terms of the Scots’ prospects going forward.

“We won’t play anyone better than Southlake Carroll,” said HP head coach Randy Allen. “It’s not the first time we’ve been beaten like this in the first game of the season, and our players have always come back strong.”

Less than a month after highly touted quarterback Quinn Ewers decided to bypass his senior season to enroll at Ohio State, the Dragons (1-0) didn’t miss a beat with his replacement. Kaden Anderson threw for 261 yards and three first-half touchdowns, and he also ran for a score in his first varsity start.

Owen Allen complemented Anderson’s aerial proficiency by rushing for 215 yards and two touchdowns as Carroll racked up 525 yards of total offense. The Dragons reached the end zone on six of their first seven drives.

“They’re impossible to stop because their running game is so physical and their passing game is so accurate,” Randy Allen said. “You’ve got to outscore them if you’re going to beat them, but they’re very good on both sides.”

South Carolina commit Landon Samson was Anderson’s top target. He caught five passes for 127 yards and two scores — all in the first half — including a 71-yarder on the third play from scrimmage.

The Scots (0-1) never were able to get much traction on the ground, although versatile junior Jay Cox was a bright spot with 101 yards of total offense.

HP’s first touchdown of the season certainly was memorable. On second-and-26 near midfield, Storer scrambled for several seconds before lofting a pass to Cox, whose speed finished off the 51-yard score.

That cut the deficit to 14-7 in the first quarter, but Carroll answered with a 41-yard big-play touchdown from Anderson to Samson. The next drive for the Dragons covered 87 yards, capped by a 14-yard strike from Anderson to James Lehman just before halftime.

The Scots managed another impressive drive to start the second half. A fourth-down interception was nullified by a pass interference penalty against the Dragons, and HP capitalized on the next play with a 17-yard touchdown hookup between Storer and John Rutledge to make the score 28-14.

However, while the Dragons marched down the field on their next two possessions, HP committed turnovers on back-to-back offensive plays.

Dragons linebacker Allan Kleiman picked off a deflected pass near midfield to set up an Anderson scoring plunge. On the next snap, Carroll’s Cade Parks recovered a fumble deep in HP territory.

In the fourth quarter, HP linebacker Pierce Shelby pounced on a rare Carroll miscue, which led to a touchdown run by Ben Croasdale.

The Scots will have an extra day to regroup before facing another 6A opponent in their home opener on Sept. 3 against Mesquite Horn. 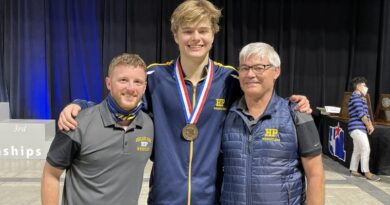 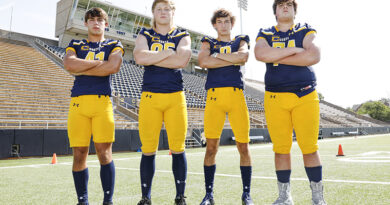 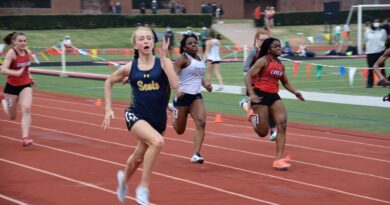