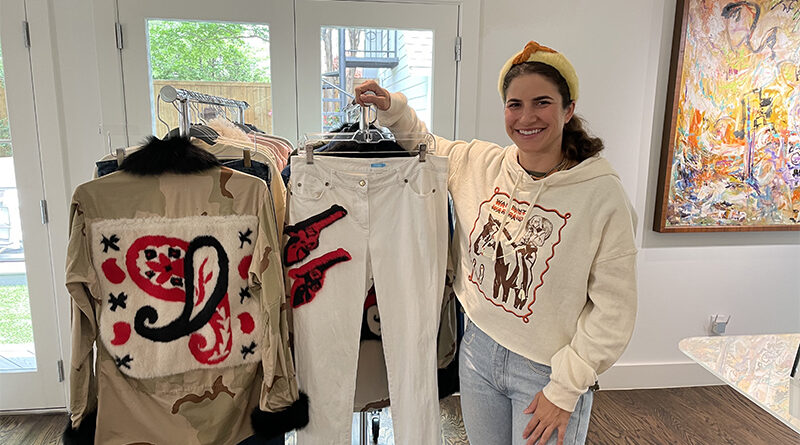 Ellie Gilchrist brings a bit of country to the big city with her Empowered Cowgirl line of jackets and accessories.

In May, the New York-based designer introduced her recently launched inaugural fashion line to Dallas shoppers with a pop-up event at her parents’ Highland Park home.

Gilchrist’s family owns clothing stores in Lubbock, so the world of retail and fashion has been ingrained in her from an early age.

“It was kind of like Devil Wears Prada, but the internship version,” Gilchrist said. “It was an intense but fun environment, and I loved the fast pace of everything.”

That led to more opportunities, including internships focusing on her interest in creation and design.

“I ended up with Jason Wu in 2015, and that was the first exposure I had to production, and that’s kind of where my career went for a few years,” she added.

Jason Wu let Gilchrist go from her job as a production coordinator at the onset of the COVID-19 pandemic in 2020. That setback provided an opportunity to focus on fashion design.

“One of my main inspiration sources is actually the Cowgirl Museum in Fort Worth,” Gilchrist said. “I went there in 2017 for the first time and fell in love with it. There’s a hall of fame with these really dynamic, strong women who come from all over the world. I figured there was a marketplace for this, like fusing the western style with more of a modern, sophisticated woman.

“City girls and country girls could both understand the Empowered Cowgirl,” she said. “And a cowgirl within this spirit also just means someone who is hardworking, has dignity, responsibility, and grace at the same time. So I wanted to fuse those things into apparel.”

Gilchrist plans to have more pop-ups and take her line to trade shows in the coming months. She is focusing her energy on improving and expanding her line and is excited about the future of the collection.

“I feel the creative spark quite often, so there are a lot of possibilities, for even just the pieces that I’ve already done,” Gilchrist said. “So this is going to be my next thing, but just enhanced.” 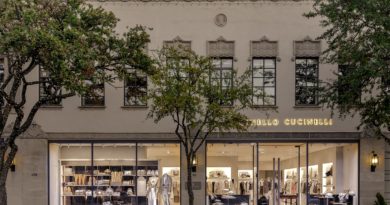