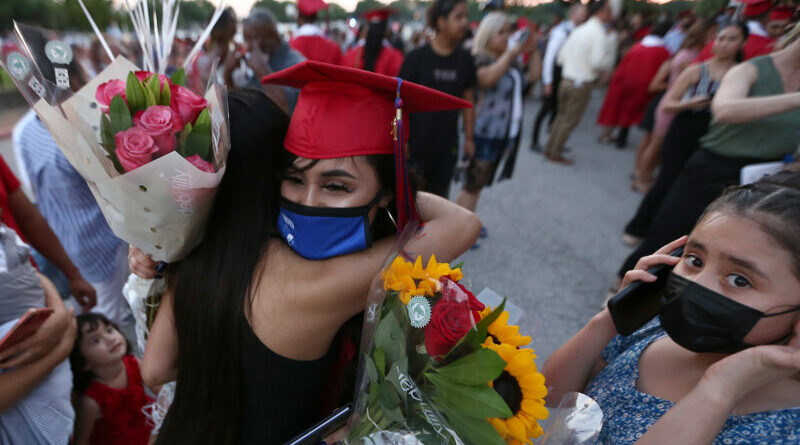 For just about every senior class this year, the graduation ceremony felt maybe even more celebratory than usual, an affirmation that after a long pandemic school year, something expected was finally happening (although maybe a little different).

For the seniors at Thomas Jefferson High School, though, it was a little more poignant. The class had lived not just through a pandemic, but also a tornado that ran roughshod over their home campus and sent them to a smaller school as temporary quarters while theirs gets a multi-million-dollar renovation.

But the tornado didn’t just make a mess of their school – many students were personally impacted as their homes, families, and livelihoods took a hit in the aftermath. The pandemic brought on an even bigger set — a newer set — of challenges.

“Some of us have lost loved ones, and struggle to move on from there,” said class salutatorian Alanis Gonzalez. “I personally wanted to quit countless times, but found strength in the most unexpected places and people.”

Gonzales said she was “a bit of a Harry Potter fan,” and said a Ron Weasley quote, “What’s life without dragons?” felt especially applicable this year.

“It is the difficulties – the dragons, if you will – that we face that make the good moments and experiences worth living,” she said.

“Our class is a unique one,” he said. “I hope no other class has to face the same obstacles that we have faced.”

Malagon said that the tornado created hardships for Thomas Jefferson students, who were faced with longer commutes to school when the campus transitioned to Thomas Edison Middle School and (in many cases) the loss of their homes, too.

“Teachers and students worked together to rebuild the spirit of Thomas Jefferson High,” he recalled.

But most of all, the students learned resiliency by crash course.

“Life will always surprise us,” he said. “We cannot be knocked from our path by those surprises. Each of us refused to let those hurdles stop us from walking the path towards this stage today.”

Principal Sandi Massey presided over her final graduation ceremony at Thomas Jefferson, and told the class that she was proud of them “even though it was really hard to get you there.”

Massey told the graduates that she hoped they would keep learning, no matter where life is taking them next.

“I believe you will be stronger and more successful by continuing your education,” she said.

But she also hoped that the resiliency they learned over the past two years would continue to serve them well.

“I hope that you will get back up after the many challenges that are still going to be ahead of you,” she said. “You may not have to face another tornado or a pandemic, but it will give you face and overcome the next one.

“Much of your happiness and joy will come from the choices that you make,” she added. “If you make the right choices, then it’s likely you’ll have to sacrifice some ‘wrong thing’ in order to gain the right one.”

You can see the full ceremony here. 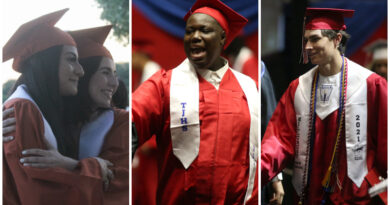 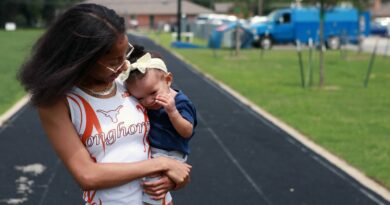 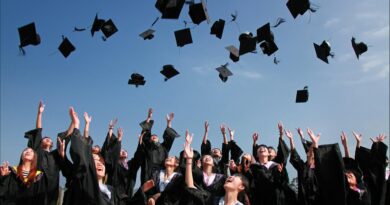