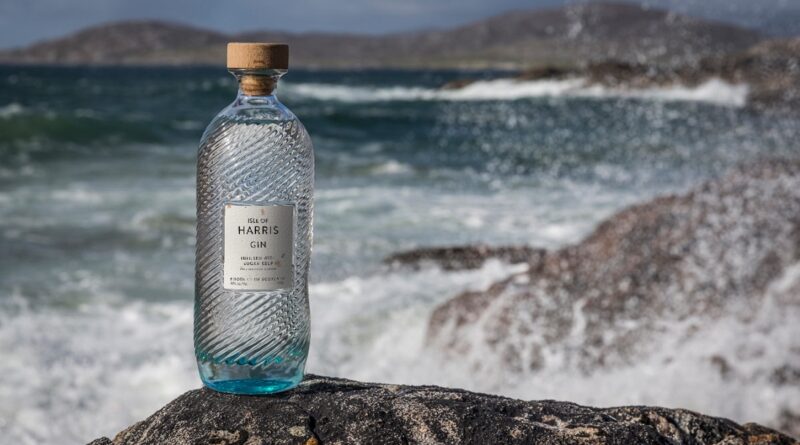 We’re settling into summer now, with the heat full on and ERCOT threatening to fail us again.  There are a few exciting developments in the libations department to help you enjoy your weekend celebrations.

Isle of Harris Gin This is the most thoughtful, intentional product I’ve ever encountered.  From the location of its origin to the team that creates it to the process from which sugar sea kelp botanicals are harvested to the bottle design and labeling, the tiny team of mighty Scots have created a beautiful gin that is perfect for summer cocktails.

Harris sits in the far northwestern coast of Scotland, a tiny place known for its beaches and declining population.  The IOHG founder and islander, Anderson “Burr” Bakewell was disheartened at the declining employment opportunities and population of Isle of Harris, so he came up with a plan to create a product that embraced the unique characteristics of the island and surrounding seas and provided employment and purpose for future generations of local islanders, thus reversing decades of population decline. Only six years later, his project is an award-winning gin now making its debut in the U.S.

Isle of Harris Gin is served at Al Biernat’s, the first restaurant in North America to serve the gin which is where I enjoyed a proper Gin & Tonic with IOHG. This is the one time you really can say, “of all the gin joints, in all the towns, in all the world, she walks into mine” and follow with a serious question: Why walk into Al Biernat’s?

This is quite a coup for Al Biernat’s whose Brad Fuller who beamed, “We’re excited about this exclusive partnership. We were honored to be chosen by Isle of Harris Gin as the first restaurant in North America to feature their fantastic Gin.” Al Biernat’s North location is offering a special that includes one Isle of Harris Gin cocktail and a mixed appetizer plate with four selections for $35. Available at the bar or your dinner table through June 30. If you can’t make it to Al’s, you can pick up a bottle at Pogo’s Wine & Spirits. In the meantime, read the whole story behind Isle of Harris Gin here, and get inspired.

Reddy Vineyards You’ve heard of the Yellow Rose of Texas, but have you heard of the pink Rosé of Texas? Let me introduce you to Reddy Vineyards 2019 Rosé. Reddy has been bottling its estate wine just a few years and, already, the brand has created a collection of wines that are award-winning, accessible, and affordable.  I fell in love with the Reddy 2019 Rosé over Memorial Day weekend, the one day it didn’t rain, when some friends joined us for a picnic on Lake Whitney.

In keeping with the Texas theme, we served the chilled rosé with a charcuterie board with cheeses from Brazos Valley Cheese and Texas Iberico Ham and Coppa. The wine is low acidity with notes of strawberry, raspberry, and cherry and was a universal hit. None of us had tasted a Texas rosé before and we all loved it, lamenting that we only had one bottle. It paired perfectly with the nutty cheeses and the smoky and spicy hams.

Reddy Vineyards was founded in 1997 by Dr. Vijay Reddy, an acclaimed viticulturist who came to America from South India to pursue a graduate degree in soil and plant science. Texas agriculture is better for it, and he and his family are elevating the Texas wine industry with their collection of red blends, whites, rosés, and their truly exceptional Reserve collection of consisting of a Cabernet Sauvignon, Cabernet Franc and a Viognier/Marsanne.

Reddy’s rosé is only available at Reddyvineyards.com but their other wines can be found at select Central Market (the Dallas Midway store is having a big wine sale til 6/22) and Tom Thumb stores and Total Wine & More. Look for a Reddy Vineyards tasting room to appear in Plano later this year. In the meantime, for more information and to place your order, visit reddyvineyards.com.

TX Blended Whiskey and TX Straight Bourbon just launched High Rye Texas Straight Bourbon, the second expression in its TX Experimental Series, the first being an uncut, unfiltered, barrel proof, 126.1 proof Texas Straight Rye Whiskey made from 100% rye. They aren’t messing around, are they? This is some stout bourbon.

According to TX Whiskey, the High Rye Texas Straight Bourbon carries a unique mashbill of 75% corn, 21% rye, and 4% malt. Each batch of High Rye Bourbon was aged for more than 5 years in American oak 53-gallon barrels. Bottled at a high proof (121.4 proof), High Rye Straight Bourbon gives drinkers the freedom to select their favorite profile by adding or not adding water. Without water the rye spice, stone fruit (apple), and oak aromas are prevalent with plenty of sweetness beneath. If water is added, the rye spice is joined by caramel, brown baking spices, and fig as the dominant aromas. I can see this being a great Father’s Day gift.

“Our second experimental release follows our focus on grain and its flavors. This unfiltered High Rye Bourbon (21% rye) release dives into the role of rye as a flavor grain in bourbon, rather than being the sole grain as in the first TX Experimental Series release. While the rye spice shines through, the mellowing character of the corn, and the slight sweet aroma from the malt can be experienced as well,” says Head of Whiskey Science, Ale Ochoa. That’s a cool title, Ale.

This is a limited edition and available to purchase for $39.99 at Whiskey Ranch through the click & collect program.

In other fabulous TX Whiskey news, Whiskey Ranch, a veritable bourbon playground is reopening and will offer events such as mixology classes, tours, and picnics.  This place is a gem just south of Ft. Worth and is absolutely worth a visit (with a designated driver, of course.)  For more information and to reserve tickets for the events, click here.

If you don’t want to mix your own juice, check out some of these drinks at local watering holes.

Mesero The Pica Sandia is a refreshing cocktail with a hint of bite, this beaut is made with Herraura, Cointreau, watermelon and serrano peppers. 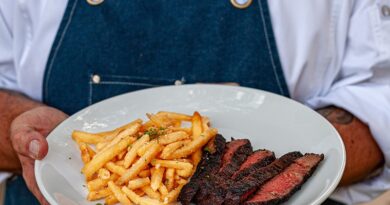 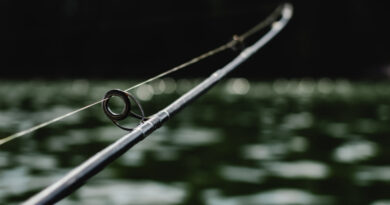 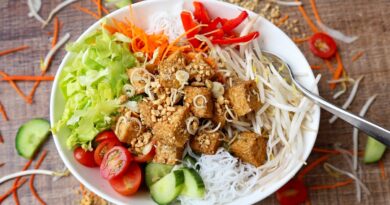