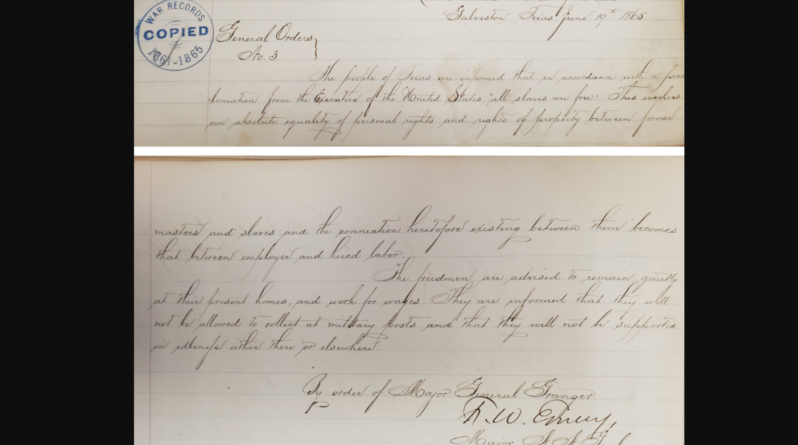 Most, if they paid attention in history class, can tell you that the Emancipation Proclamation freed enslaved Black people in 1863.

But what many don’t know is that not everyone was emancipated on that date — for the enslaved labor force in Texas (the Confederacy’s most western state), freedom wouldn’t come for another two years.

“Even though the Emancipation Proclamation was made effective in 1863, it could not be implemented in places still under Confederate control,” the National Museum of African-American History and Culture explains. “Freedom finally came on June 19, 1865, when some 2,000 Union troops arrived in Galveston Bay, Texas. The army announced that the more than 250,000 enslaved black people in the state, were free by executive decree. This day came to be known as ‘Juneteenth,’ by the newly freed people in Texas.”

In our sister publication, D Magazine, Alec Macon spoke to Dr. Deborah Hopes, the president of Remembering Black Dallas, about Juneteenth and how it spread beyond Texas.

“Word of mouth, from family to family, as most things do,” Hopes said of how the celebration expanded. “It went from Texas to Louisiana and Arkansas and Oklahoma, because families migrated. These were people who, once they were free, started looking for work and purchasing land. Families that moved to Missouri and moved further North, the celebration went with them. And that’s how it’s spread, even to this day.”

The piece, which you can read here, also gives a good rundown of area Juneteenth celebrations, which will be the first since Congress voted to make the day a federal holiday.

President Joe Biden is expected to sign the bill into law Thursday.