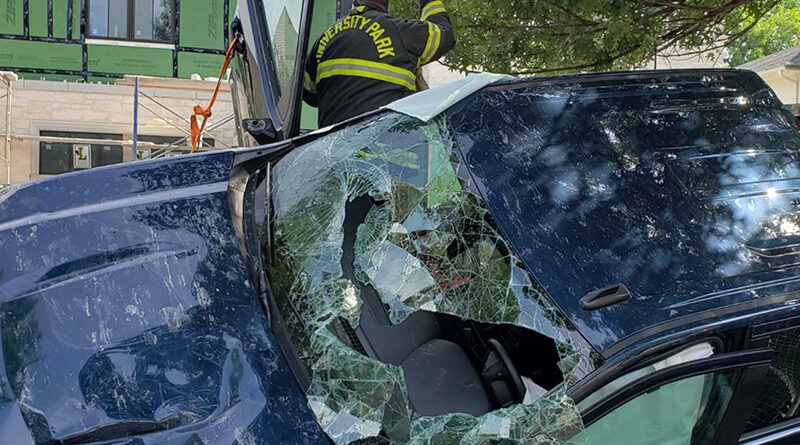 Hillcrest Avenue at Southwestern Boulevard was closed for about two hours Monday evening while emergency crews responded to a rollover crash.

The pickup truck reportedly hit a traffic control cabinet on the southwest side of the intersection before eventually rolling on its side three lots from the intersection in the front yard of a house that’s under construction.

University Park director of marketing and communications Steve Mace said the driver of the truck lost control of the vehicle as a result of a medical emergency. The driver was treated and released from the hospital after the accident.

The driver was the only person in the truck at the time and no one else was injured.