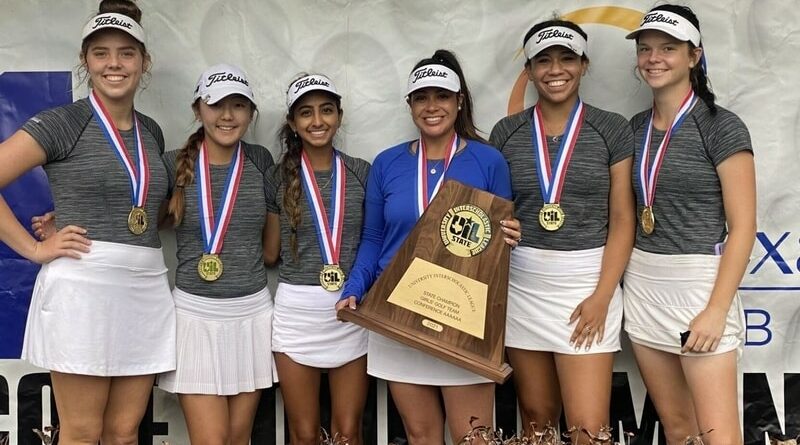 In her first season at Hebron, Mercedes Trent led the school to its first Class 6A girls golf state championship. Now she will look to repeat that feat at Highland Park.

Trent was announced as the new head coach for the Lady Scots on Thursday, just weeks after completing a historic title run with the Lady Hawks.

Trent, who replaces Matt Claborn, will take over an HP program with several returnees from a squad that placed eighth at this spring’s 5A state tournament.

As a player, Trent won a 5A individual state title at Colleyville Heritage in 2010, and later was an All-American at Dallas Baptist University. Her nine tournament wins at the NCAA Division II level made her the winningest collegiate golfer in the country at the time.

“We are thrilled to bring Coach Trent’s expertise as a coach and past player to our Lady Scots golf program,” said HP athletic director Johnny Ringo. “We are excited for the opportunity Coach Trent will have to add to Lady Scots golf legacy, taking us to new heights in the years to come.”

The Lady Scots roster next season will include seniors Sophie Biediger and Jordan McGinley, junior Claire Wiebe, and sophomore Landry Saylor — all of which have state tournament experience. Biediger, McGinley, and Wiebe are the incoming team captains.

The HP boys golf team won its fourth consecutive 5A state title in May. The most recent championship for the girls program came in 2008 at the 4A level.