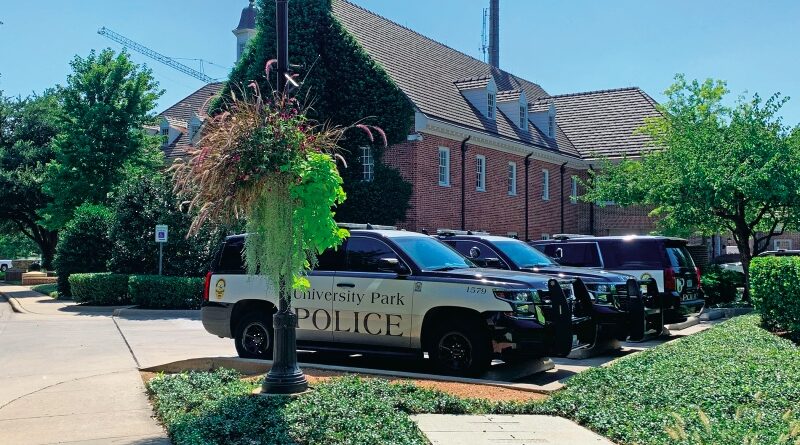 Fall program will give residents deeper look at policing

The University Park Police Department will launch a Citizens’ Police Academy this fall.

Page Patton Tucker said she’d previously attended an FBI citizens’ academy program and began mulling the idea of starting a citizens’ academy in University Park in hopes of educating people and fostering a dialogue about policing.

“(The department’s) been around for (around) 100 years and has never done this,” Tucker said.

Tucker also sits on a public safety advisory committee for the city.

Police Chief Bill Mathes said the department has interacted with residents in various ways over the years, including via block parties and national night out, but hasn’t “done anything like this.

“It just seems like this is the next natural step for us to give the citizens an opportunity to dive deep into police operations,” Mathes said. “Law enforcement, obviously, across the nation is in focus right now, and so this a great time to open our doors and to provide high-level transparency – and really let the citizens see how we do things and why we do things because there’s really a lot of questions about that these days ever since the events of last year.”

Unique to University Park’s lessons will be ones covering the history of the department and one on the direct alarm monitoring the city offers. The city and the town of Highland Park are among a few law enforcement agencies in the state that monitor home and business alarm system alerts directly from their dispatch centers.

He said the department will limit the inaugural class to about 20 people and received nearly enough applications by early May to fill the first class. Still, department officials hope to have more in the future.

“We hope that it’s an educational process,” Mathes said. “We want to provide the citizens an in-depth, hands-on experience into our operations and what we do here at University Park, and we hope that builds greater community support and understanding within our community to help us be a safer community to live in.”