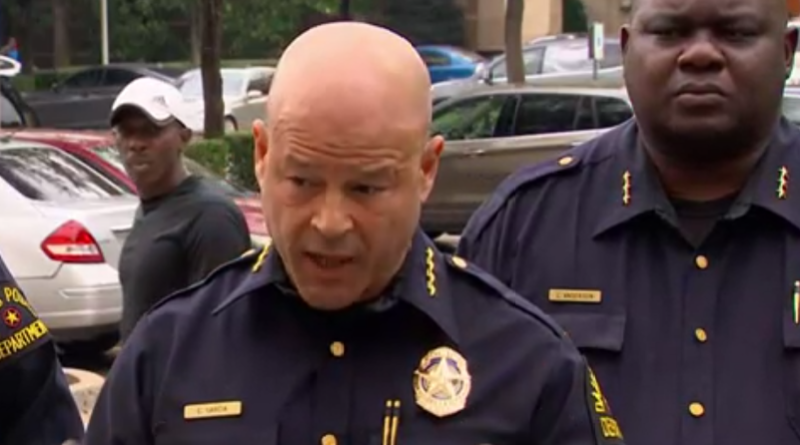 Note: This is a developing story. We will update as we get more information.

Shoppers at NorthPark Center described a panicked scene as they were urged to evacuate after a report of a shooting Monday afternoon.

It’s unclear, however, if shots were actually fired, although several shoppers reported on social media hearing what sounded like shots.

“Today at approximately 1:27 PM, an active shooter was reported at NorthPark Mall. Officers responded to the mall; a suspect is being detained,” Dallas City Council member Jennifer Gates reported via Twitter. “There are no reported injuries at this time. This is an active investigation, and a heavy police presence is at the mall.”

Dallas Police Chief Eddie Garcia later told reporters that there was actually no shooting, but instead a “mentally disturbed” person in his mid-20s began banging a skateboard, which sounded like gunshots. When he saw people panic, he allegedly began making hand gestures as if shooting a gun.

Garcia said he was in custody.

Dallas police also said in a Tweet that one person was in custody, and later department spokesperson Sgt. Warren Mitchell told People Newspapers that off-duty Dallas officers were working part-time at NorthPark when they were informed of an active shooter inside the mall.

“The officers responded to the food court area and came in contact with an adult male suspect who was using his skateboard to create a loud sound, which patrons took as gunfire,” he said. “Upon further investigation, it was determined that no actual shots were fired, nor any injuries reported.

“The suspect was taken into custody without incident and transported to an area hospital for a medical evaluation.”

Police said Wednesday that no charges were filed.

“We were there, near the food court when the alarm went off telling us to evacuate,” reader Kristyn Potter said. “Suddenly tons of people started spilling out of the food court running towards us so we ran as fast as we could for the exit. Finally got out of the parking garage. Very scary and we are shaken but ok.”

Jayne Suhler was at the Apple store with her family when she was told to evacuate after they heard something announced over a loudspeaker.

“Somebody walked out of the store – one of the employees – and then came running back into the store, and said, ‘Everybody needs to go, go, go, go, run.'”

Suhler said that a security guard was directing shoppers to exits.

“We were all kind of hustling, but then my husband heard a pop, and I think I heard a pop-pop-pop, I thought, and when people heard that, it was just a stampede for the door,” she said, adding that it seemed as if the sounds perhaps were coming from the food court area of the mall.

Suhler said regardless of whether it was a shooting or not, the incident was scary.

“It couldn’t have been a busier time,” she said of the overcast, traditionally busy shopping day. “Everybody is so hypersensitive to this kind of thing now, that even if it was a false alarm, or even if it was somebody slamming something down and it sounded like a gunshot … you’re in a crowded place like a mall, and your adrenaline just takes off, and you run.”