A little more than 24 hours after District 13 candidates Leland Burk and Gay Donnell Willis had fairly congenial exchanges at a virtual forum, Burk’s campaign fired off a missive demanding Donnell Willis withdraw from the race.

The email, which was sent by Mari Woodlief, president and co-founder of Allyn Media, contained a press release and statement from Burk, along with documentation apparently showing that Donnell Willis and her former husband have liens for around $500,000 in unpaid income taxes from 2007 to 2010, and a lien for unpaid property taxes in 2011.

“It’s hard to expect citizens to trust someone who does not pay their taxes to be an honest and thoughtful steward of taxpayer dollars,” said Burk. “And to make matters even worse, when confronted with the tax liens, she did not tell the truth.”

A website, https://gaydonnellwillistaxliens.com, is attributed to Friends of Leland Burk.

But on Facebook, Donnell Willis said there was an explanation for the problem — and said that Burk was lying about the matter and “got his facts wrong.”

“My divorce decree ordered my ex-husband to pay all tax liabilities,” she said. “I was a single mother raising two children when I was notified by the IRS that he had not paid. I immediately hired an attorney to address this issue, and after four years I am happy to report the issue is close to resolution. When confronted with a problem, I meet it head-on and solve it.”

But Burk also found fault with her explanation.

“Gay Donnell Willis’ statement is not true, she knew there were unpaid taxes,” the statement from the Burk campaign said. “She was first notified of unpaid taxes in the amount of $154,653.57 in 2010. The couple did not divorce until 2013, three years after this first notice. These taxes are still unpaid.”

He also said that regardless of the divorce decree, Willis “shares responsibility” for the unpaid taxes.

“She signed the tax returns and shares responsibility for the unpaid taxes for 2007, 2008, 2009, and 2010,” his press release said. “Her divorce does not release her from her tax liabilities to the IRS. To settle these tax liens and be in good standing, Gay Donnell Willis would need to set up her own payment plan with the IRS.”

“Our elected leaders must be role models, especially when it comes to abiding by the law, including tax laws,” he said. “It’s also critical that we are honest. Gay Donnell Willis has missed on both of these points. She should not be running for office to represent taxpayers until these liens are paid, and she should drop out of the election today.”

However, Donnell Willis fired back, alleging that Burk, a developer, could also be accused of being untruthful with voters.

“Don’t be fooled. Developer Leland Burk continues to mislead the voters with his failure to be honest about his many properties he owns in District 13 and throughout Dallas,” she said. “Burk owns properties in Preston Center and at Forest and Inwood, both with upcoming votes on council.

“Developer Burk would have to recuse himself from these important land-use decisions. HE WOULD NOT BE ABLE TO VOTE, OR PARTICIPATE IN ANY WAY – YOU WOULD BE VOICELESS IN THESE HUGE DECISIONS.”

Burk fired back again on Facebook, reiterating his stance that the liens were also her responsibility.

“Divorces are hard, but they do not relieve you of your tax obligations – those are between you and the IRS,” he wrote. “Tax liens do not make my opponent a bad person, but in my opinion she is not in a position to represent taxpayers. For this reason, I’ve called on her to step out of the race.”

In the letter, Freeman said that the tax years Burk alludes to are “assessments that were removed by the United States Tax Court and are not owed by Ms. Donnell Willis.”

Freeman said the allegations on the website “are not correct.”

“In fact, the tax issues related to 2007-2010 were ultimately resolved by an order from the Tax Court issued on September 3, 2020,” he said, adding that the court determined that Donnell Willis was only responsible for $15,801.

Donnell Willis closed her Facebook response by characterizing Burk’s accusations as a “gaslighting distraction” and an “insult and nothing but an attempt to fool you into letting this election be bought by a person who can’t represent you on EVERY vote.”

“I demand an immediate apology from Leland Burk and demand his campaign immediately stop the false social media advertising,” she said. 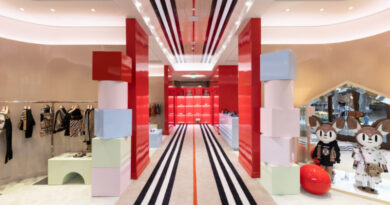 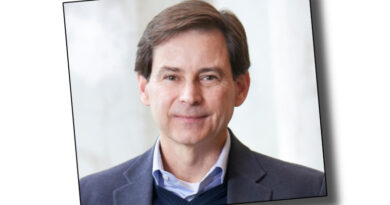