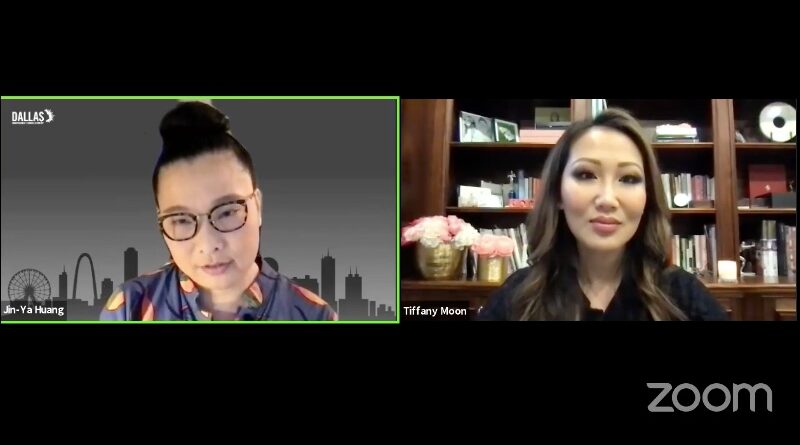 Moon was asked about the recent rise in hate crimes against Asian Americans and the resulting Stop Asian Hate movement.

“For me to see the attacks on (members of the AAPI community) for no reason, it really breaks my heart. I always say that we should all lead with love regardless of your race, gender, sexual orientation, any of that. We must lead with love, we cannot have this sort of hate in our hearts in this country in 2021, it’s just not acceptable,” she said.

Variety reported Kameron’s husband, Court, who’s since deactivated his Twitter account, tweeted, “‘anti-racism’ is racism. It discriminates by the color of one’s skin. They tried that once in Germany, it did not work out well. I don’t understand how many of your patients would be comfortable with you treating them with your open vile racism.”

In response, Moon’s lawyer Andrew Brettler of Lavely and Singer said in a statement to Variety that, “the insinuations the Westcotts made in those tweets are reckless, defamatory, and appalling. Dr. Moon is a professional in every sense of the word and is deserving of the excellent reputation that she’s earned as a physician and as a hard working mother. These attacks on her character will not be tolerated. The Westcotts would be well advised to keep mentions of Dr. Moon out of their social media feeds.”

The Bravo network also issued a statement in support of Moon.

“Bravo strongly supports the Asian American and Pacific Islander (AAPI) community. Anti-racism is, in fact, not racism and the network stands by Dr. Tiffany Moon and her advocacy against racism and violence,” the network’s statement read.