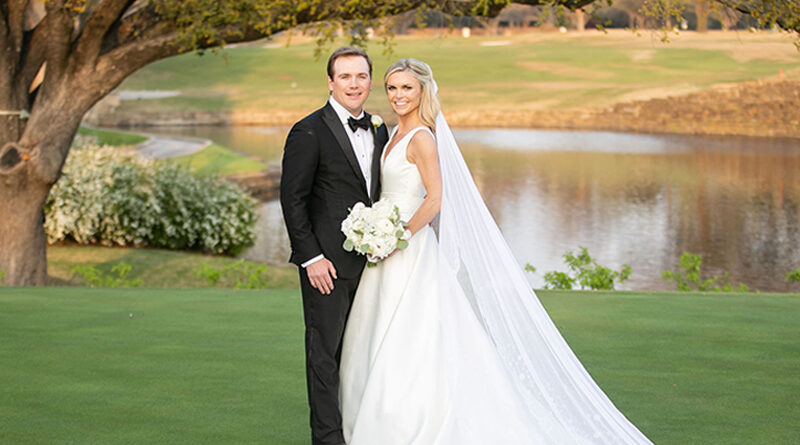 For her wedding dress, Kelly wore an elegant gown by Sareh Nouri from Stanley Korshak Bridal Salon. Crafted of silk shantung, the gown’s natural waist was accented with a pleated cummerbund, v-neckline and a v-back. The cathedral length train was adorned with silk buttons to the end of the train.

Kelly wore the family heirloom veil which belonged to John’s grandmother, who purchased it in Bruges, Belgium. John’s sisters wore it when they married and the veil will continue to be passed down in the Gottsacker family.

Following the wedding ceremony, the newlyweds welcomed guests to a reception at The Dallas Country Club. Kelly and John’s first dance was to “All Your’n” by Tyler Childers. John’s longtime hobby is race car driving so Kelly surprised John by having their guests wave small Nascar flags along with tossing white rose petals as the newlyweds made their getaway to a white 1960 Bentley.

John is a graduate of Highland Park High School. He received a Bachelor of Business Administration in Energy Commerce from Texas Tech University. John is employed by Shell Oil Company in Crude Oil Trading.

After a honeymoon to Antigua, the couple has made their home in Midland, Texas. 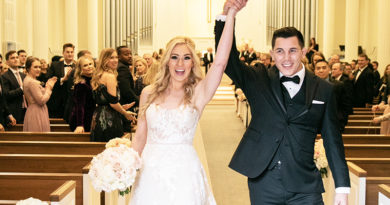