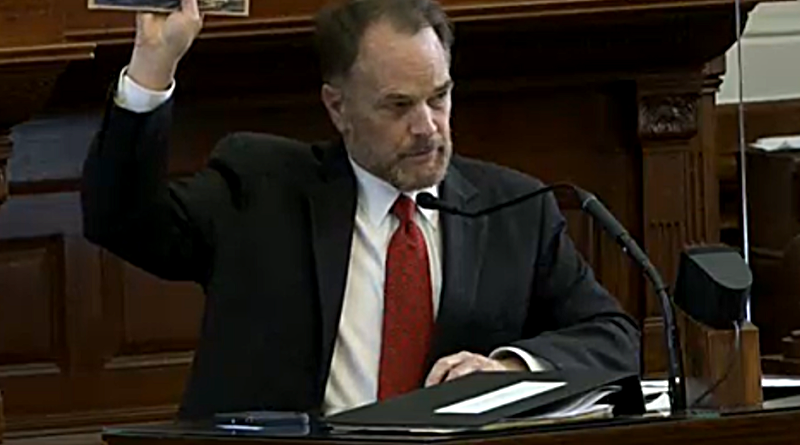 Just hours after voting to give initial approval to a measure that educators say will hamper honest conversations about racism and sexism in the classroom, the Texas House passed its version of a bill that will now go to the state Senate, where a companion bill has already been passed.

Early Tuesday morning the House gave initial approval to a bill that would limit how schools teach students about racism and facets of U.S. history involving the country’s actions in regards to people of color. It was initially approved shortly after 1 a.m., 81-52.

Tuesday afternoon, House Bill 3979 had its third reading, and again heard from lawmakers – including some educators and parents – regarding their opposition to the bill.

The bill’s author, State Rep. Steve Toth (R-The Woodlands) insisted Tuesday afternoon when questioned that his bill did not hamper conversation, that it merely ensured that educators offered “diverse” points of view about subjects. He chafed when fellow representatives at the back microphone used the term “ban” in terms of his bill.

“Where do you see the word ban anywhere in this bill? This bill encourages us to discuss things,” he said.

However, on May 1, Toth himself used the word in connection with his bill.

House members opposed to the bill used the final moments before its passage to hammer Toth on the details, citing the flurry of amendments that were generated from the late night (and early morning) work earlier.

State representatives Dan Huberty (R-Houston) and Rafael Anchia (D-Dallas) did present an amendment out of the gate, however, that restored funding to train teachers. The original bill prevented districts from getting private funding for social studies curriculum development and teacher training, and other potential training in diversity, equity, and inclusion.

But lawmakers still pressed Toth on other aspects of his bill – including the necessity of it.

State Rep. Diego Bernal (D-San Antonio) said that as a Mexican American and a Jew, he was concerned about the insistence at “equivocating” regarding some parts of history.

“I think we’ve gotten so wrapped up in the symbolism of what this bill does and the emotion of what the bill does that we haven’t even considered … what the bill does, the kinds of schools we’re creating,” he said, adding that several members had privately expressed their displeasure with the bill, but that they would vote for it regardless out of fear of being primaried “and replaced with someone worse.”

If they vote for it, he said, “what’s the difference?”

Bernal pointed to the events in Charlottesville, Virginia, in 2017, where a Unite the Right rally found white nationalists marching and chanting “The Jews will not replace us.”

“I have to send my Mexican American Jewish daughter to school and have her teacher equivocate on what it means to have grown men saying the Jews will not replace us. That’s what this bill does,” he said, adding that teachers are faced with equivocating, or just not talking about it.

“And that’s censorship,” he said.

Bernal said that the restrictions placed on students and teachers in HB 3979 also only impact public school and charter school students. Private schools are under no such restrictions.

State Rep. Nicole Collier (D-Fort Worth) questioned whether HB 1504, which was also passed by the House this week, would be impacted by Toth’s bill. That bill allows high school students to earn half a social studies credit for elective courses on African American and Mexican American studies, pointing out that such courses would likely discuss the things addressed in his bill.

“I don’t think they would be,” Toth responded.

Also unclear is what this bill will cost. State Rep. Mary González (D-Clint) asked Toth if he had done a fiscal study on the bill, and he said that the bill did not have a fiscal note attached because he had consulted with the state attorney general’s office and “asked to see if it would add a burden because of the change in the law.”

“This will cost millions,” Gonzalez countered.

“It will save Texas money,” Toth insisted. 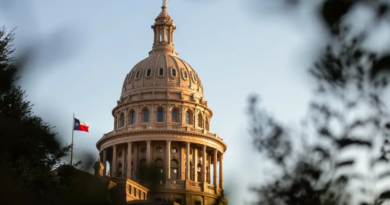 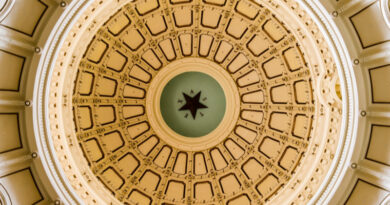 Voters Weigh in on Legislature in Statewide and Local Polls 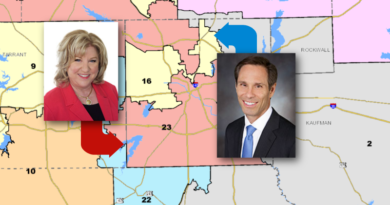