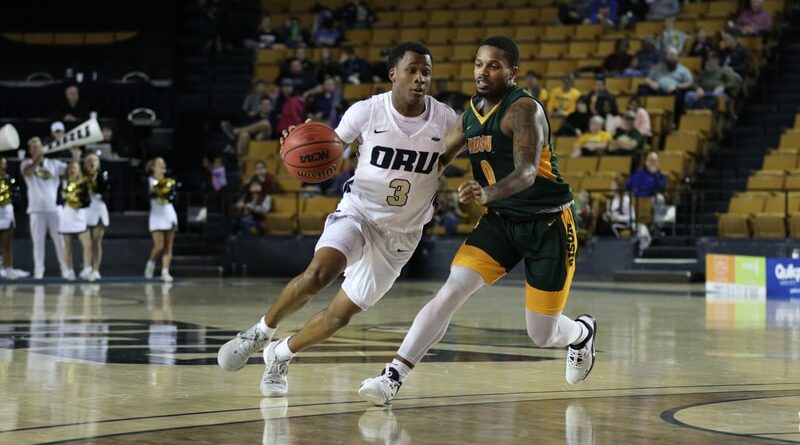 UPDATE: Oral Roberts upset Ohio State and Florida in the first two rounds of the tournament over the weekend. The Golden Eagles advanced to the Sweet 16, and will play Arkansas next.

It’s fitting that Max Abmas will finish his sensational sophomore season in the NCAA Tournament.

The former Jesuit standout, who led all NCAA Division I players in scoring this season, will compete alongside his Oral Roberts University teammates in the opening round on Friday.

Abmas, a 6-foot-1 guard, averaged 24.2 points per game this season. That includes a career-high 42 points during a win over South Dakota State on Feb. 13.

He also is among the national leaders in free-throw percentage, three-point percentage, and minutes played. He was on the court for the full 40 minutes in more than half of ORU’s games this season.

A year ago, Abmas started all 31 games as a freshman, scoring 14.5 points per game and earning a spot on the Summit League postseason All-Newcomer team.

This season, in addition to his individual numbers, he led the Golden Eagles to a 75-72 victory over North Dakota State in the conference championship game on March 9, securing the program’s first appearance in March Madness since 2008.