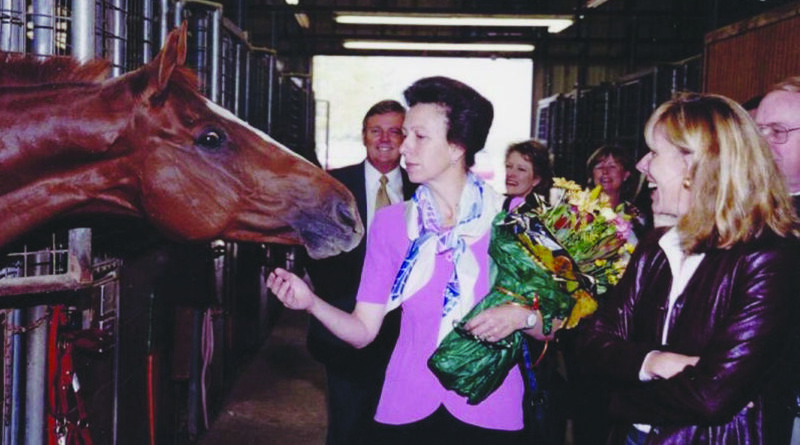 Count Lili Kellogg, chief executive officer of the nonprofit Equest therapeutic horsemanship center, among the legions of fans of the wildly popular Netflix series The Crown.

Inspired by the storied lives of Queen Elizabeth II and other members of the British royal family, including her daughter Princess Anne, Kellogg said it has “been interesting” to watch the series — especially since she once chatted up The Princess Royal.

Speaking with the princess, who visited Equest’s facility two decades ago, “felt like I was talking to my good friend,” Kellogg recalled.

Equest opened in Southlake in 1981 as the first center of its kind in Texas. Seven years later, it relocated to Wylie. Today, Equest is located at Texas Horse Park, south of downtown Dallas, where it provides such programs as therapeutic riding and carriage driving, physical and occupational therapy, and equine-facilitated counseling for military veterans as well as hundreds of youth and adult clients with disabilities.

An accomplished equestrian, Princess Anne won a gold medal at the prestigious Burghley Three-Day Event in England in 1971. Five years later, she became the first royal family member to compete in the Olympic Games. She has served as president of the Riding for the Disabled Association, which like Equest, serves clients with physical and learning disabilities.

“Because we had the horses and riding for the disabled in common, we were not lacking for any conversation pieces at all.” 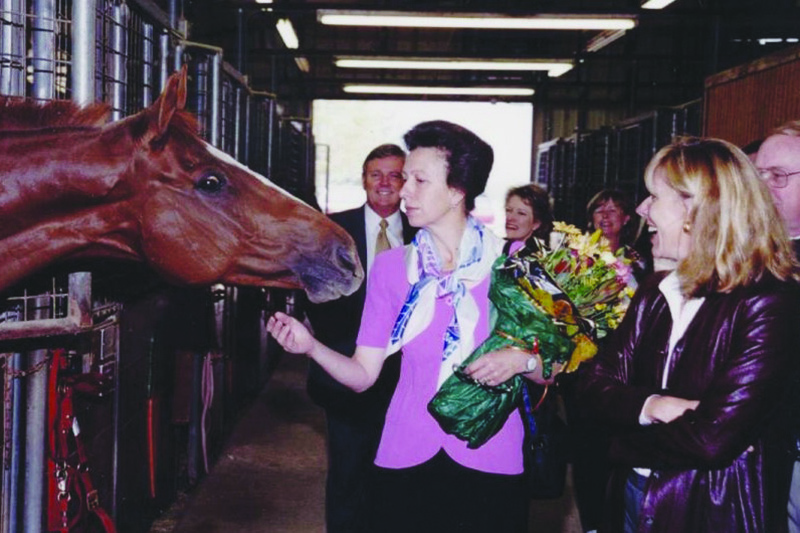 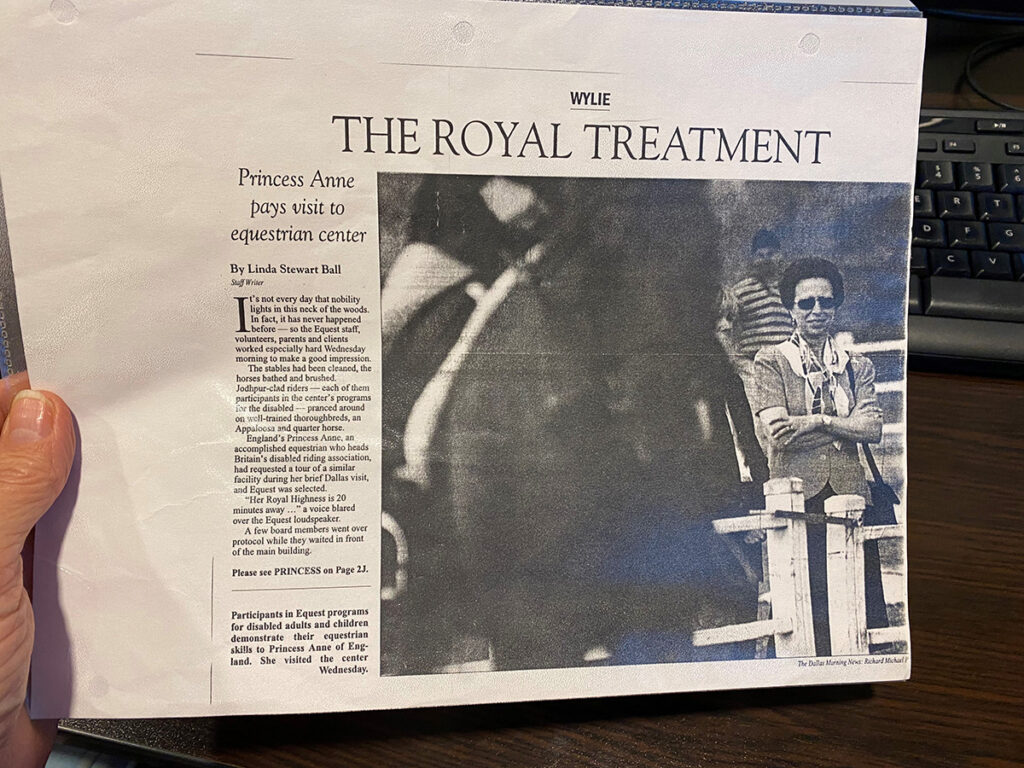 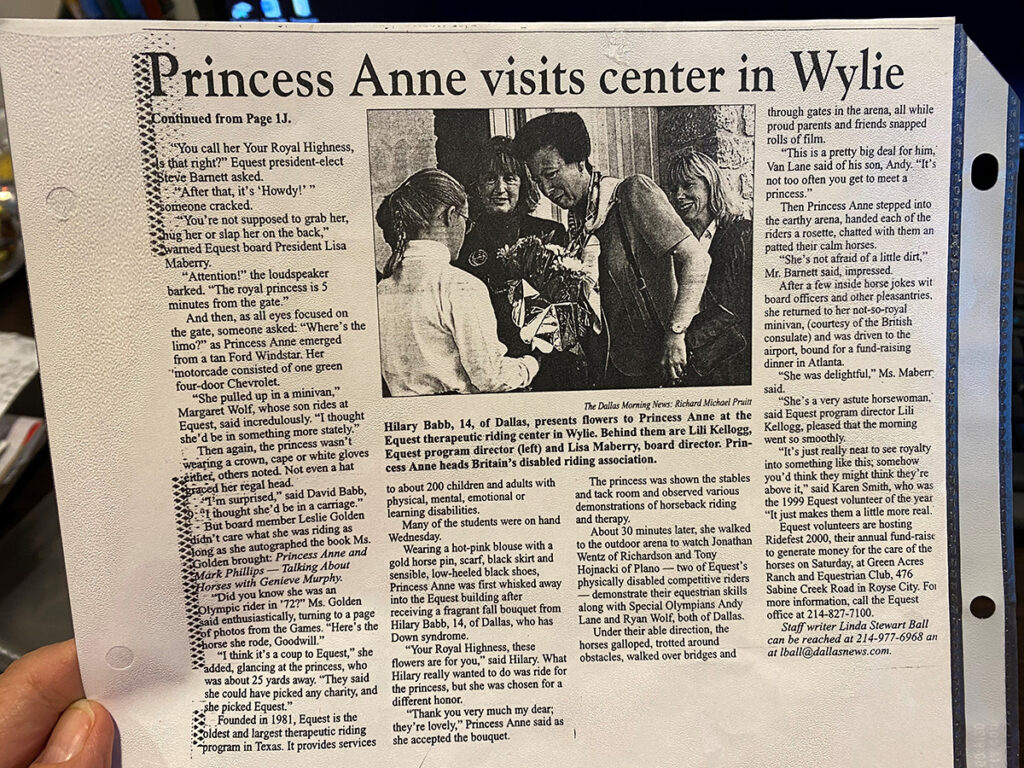 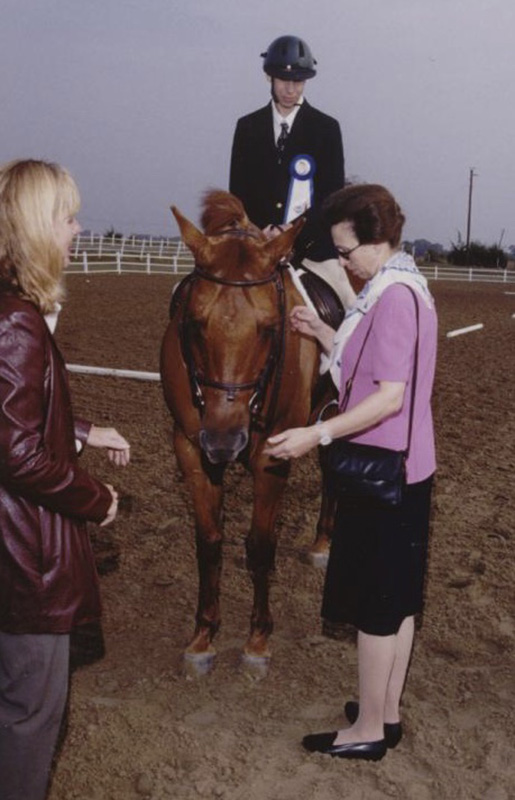 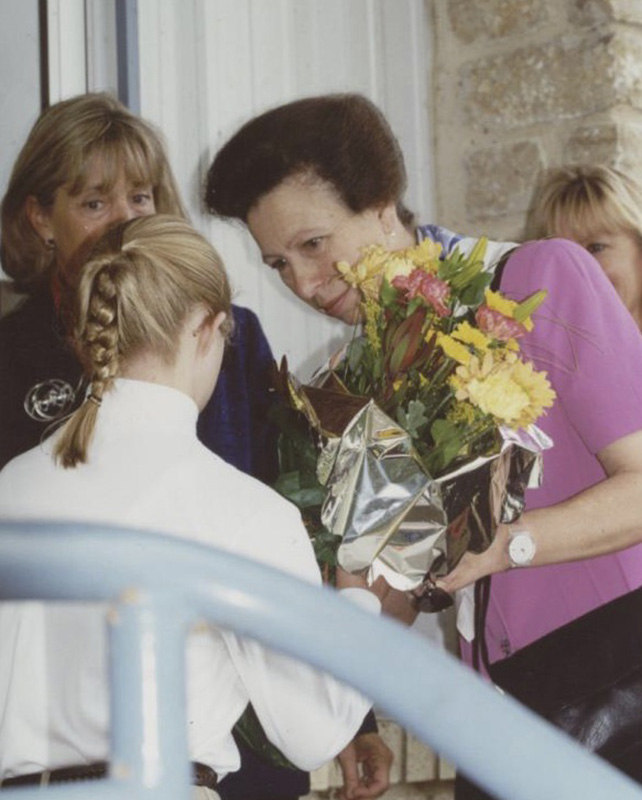 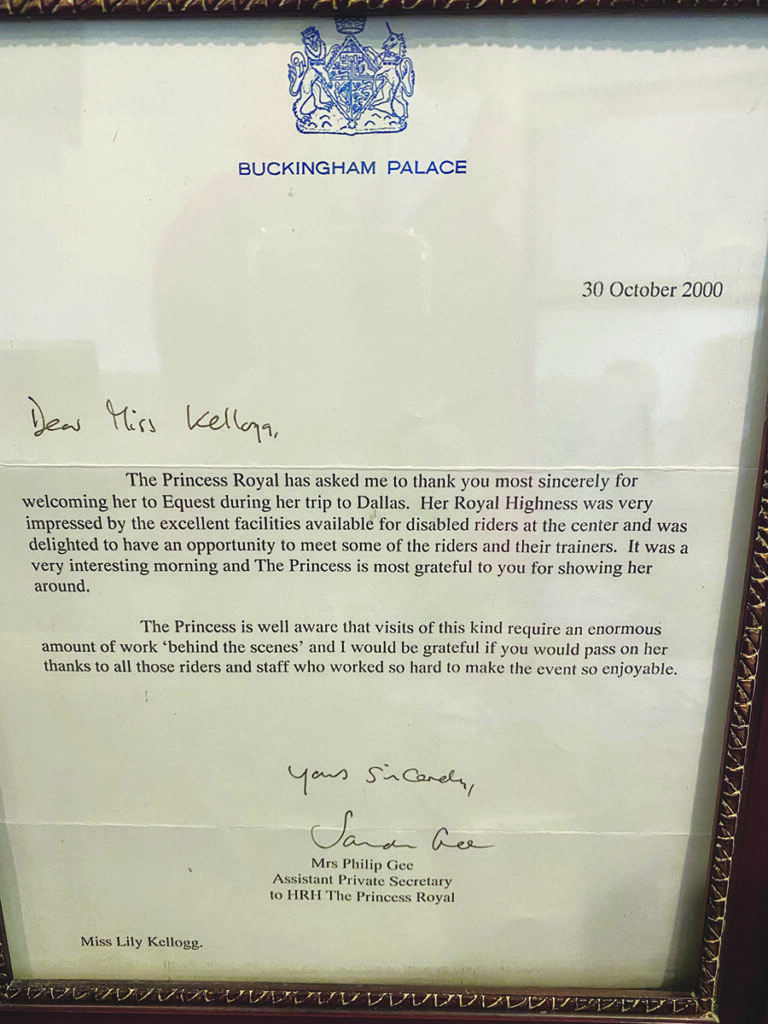 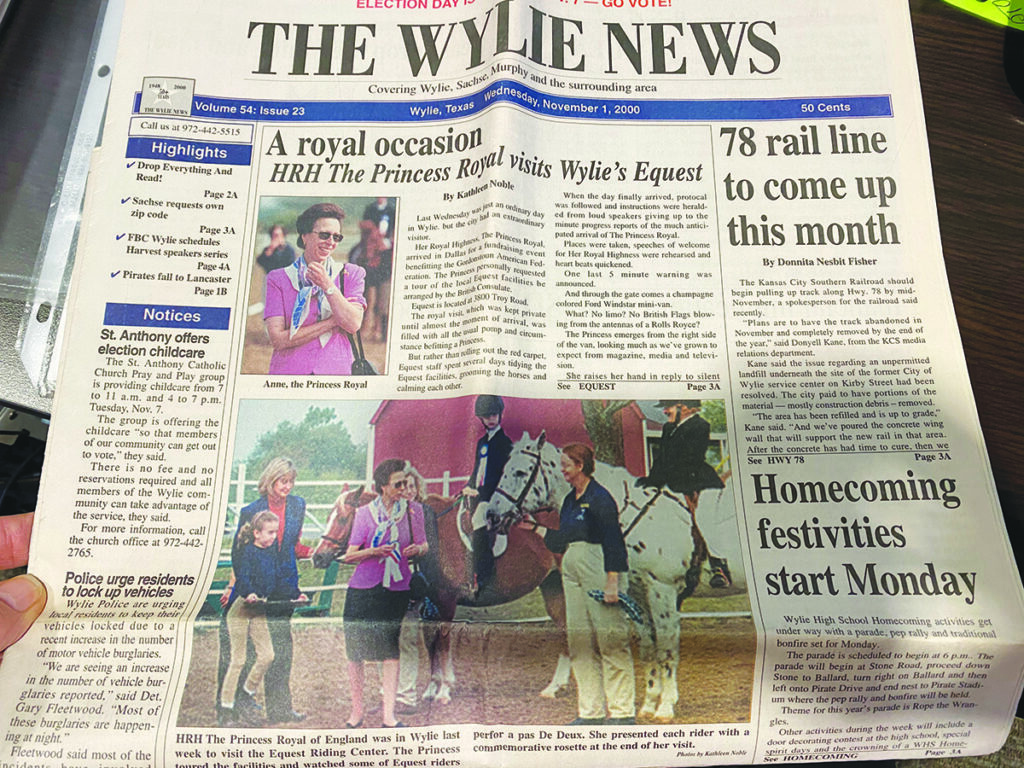 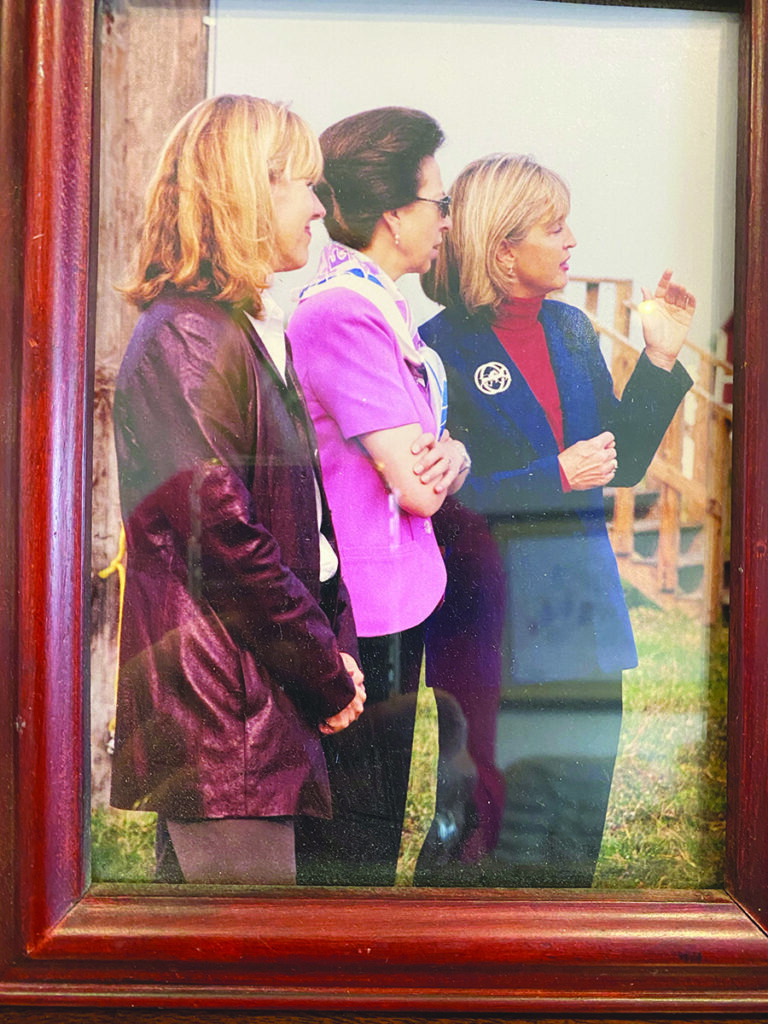 In 2000, while in Dallas to fundraise for another organization, The Princess Royal, who is 14th in the line of succession for the British throne, requested to tour Equest, where she was welcomed by staffers, clients, and four-legged friends.

“Because we had the horses and riding for the disabled in common, we were not lacking for any conversation pieces at all,” said Kellogg, who was then Equest’s program director.

Also among Kellogg’s memories: Several of Equest’s horses craned their heads from inside their stalls as the princess walked past and attempted to nibble on the sizeable floral bouquet that had been presented to her.

“I remember Princess Anne was very nice and sweet,” Wolf, who now works as a stable hand at Equest, said. “It was an honor the year when she was here, and I was probably one of the best riders.”

“He did a beautiful job,” Kellogg recalled of Wolf’s demonstration of a working-trail riding pattern. “The Princess Royal looked at me and said, `Well, I’ll bet he’s been doing that (technique) for a number of years,’ and I said, `That particular pattern he rode for the first time yesterday,’ so she was impressed with his skill level.”

Equest plans to celebrate its 40th anniversary with a gala on June 5. Kellogg said a request had been sent to Princess Anne to record a video message to share at the event. So far, they have not received a response.

“She’s got a lot of places to go and a lot of benevolent work to do,” Kellogg said. “It’d be great if she would.”

Friends of The Warren Center Art of Music Gala

Evening Under the Stars