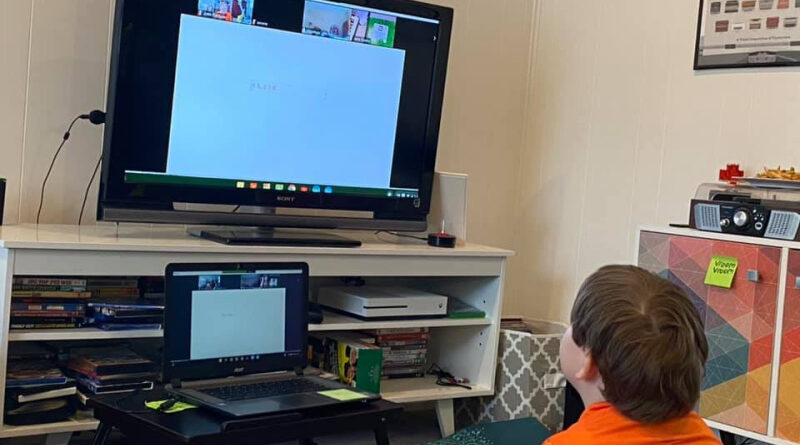 For many parents, the abrupt shift to supervising remote learning that happened last spring when COVID-19 cases were just percolating in the country was enough to put them off the idea permanently.

But many stuck with it when it was offered again in the fall (or in the case of other states, mandated), and are now saying that while their child’s education was disrupted, they are “guardedly optimistic” overall, an NPR/Ipsos poll found.

NPR’s poll found that 62% of parents do say their child’s education was disrupted during the pandemic, and more than 4 out of 5 would like to see more targeted services to help remote learners catch up.

“In our survey, half of parents said their children were learning virtually, a third were attending in person full time, and the remainder were in-person part-time,” NPR explained. “As other polls have found, Black and Hispanic parents were far more likely than white parents to say their children were all remote — 65% for Black parents, 57% for Hispanic parents, and 38% for white parents.”

No matter how their child was attending school, almost half of parents worried their child would be behind when the pandemic was over.

“Yet when asked to pinpoint their areas of concern, robust majorities of parents actually judged their kids to be on track, or even ahead of schedule: in math and science, reading and writing, mental health and emotional well-being, and socialization and communication skills,” the news organization found.

Twenty-nine percent of parents actually liked remote learning enough to say they were likely to stick with it indefinitely.

That’s clearly a feeling shared among local parents, too. Dallas ISD announced that its hybrid campus – which will offer on campus instruction twice a week, and remote learning the rest of the week – will open in the Oak Lawn area this fall.

Denton ISD said last month that it would begin working to open an all-virtual learning campus with a dedicated principal and teachers — and that they hope to have it ready for the next school year.