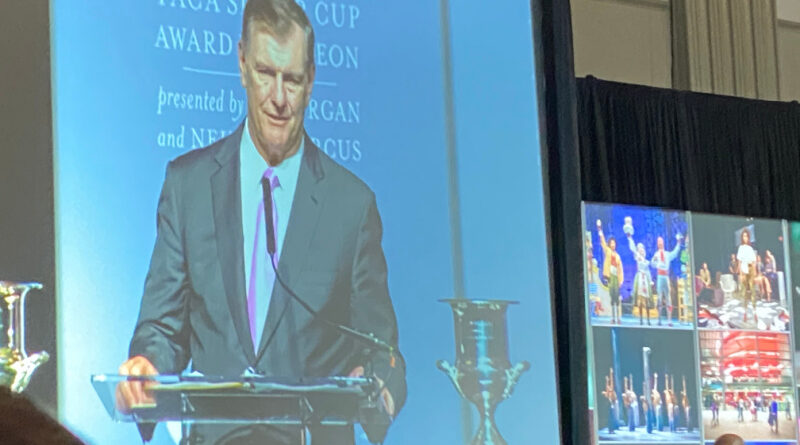 A year after COVID-19 reaches Dallas, hope may be on the horizon

I can’t remember what I ate at last year’s TACA Silver Cup luncheon, and I can’t help but think I might have paid more attention if I had known it would be the last event I would cover in person for more than a year.

The luncheon was on March 10, the same day that Dallas County reported its first two presumptive cases of COVID-19. It would be the last day I’d sit elbow to elbow with strangers at a table – period. I didn’t know that a few days later I’d walk out of the office and not come back for months.

March 2020, in retrospect, would be a series of grim firsts.

Just six days after those first two cases, both Dallas ISD and HPISD had closed their buildings, moving to hastily cobbled together online lessons. The next day, Dallas County closed bars and restaurants, and further limitations on gathering would follow.

And between March 2020 and now, I’ve kept a timeline, curated in an Excel spreadsheet, of the path the pandemic has taken. At night, when I’m looking over the latest county tallies for the morning digest, I look at the timeline and feel so tired.

To the friends and families of the now 3,149 who died, is not a small number. It’s their everything, more often than not. It’s a significant number, for that family who is now missing someone that succumbed to a virus that has set the world on its collective ear. To those who are still – months later – dealing with aftereffects of their bout with the virus, even one is a big number. It has upended their lives.

Now, a year later, while we all appreciate the advances that have brought hope in the form of a vaccine, and the time we’ve been able to spend with our families, we also mourn what and who we’ve lost. Family and friends we haven’t been able to mourn properly because of the risks associated with gatherings. The children who have lost valuable learning time. The arts community that lost more than $95M in revenue and more than 1,000 jobs. We’ve lost cherished restaurants and businesses who couldn’t battle back from uncertainty and closures.

A few days ago, I was talking with friends about our goals for the next 12 months. It struck me how simple and true they were, how honed to a stark reminder of what we’ve missed.

“I’d like to fly somewhere again,” a friend said.

“I’d like to not be nagging my kids about paying attention to their Zoom class,” another said.

“I’d like …” a friend mused, “a hug from someone I don’t live with, over a glass of wine I drink while we chat in low tones because we’re not sitting six feet apart.”