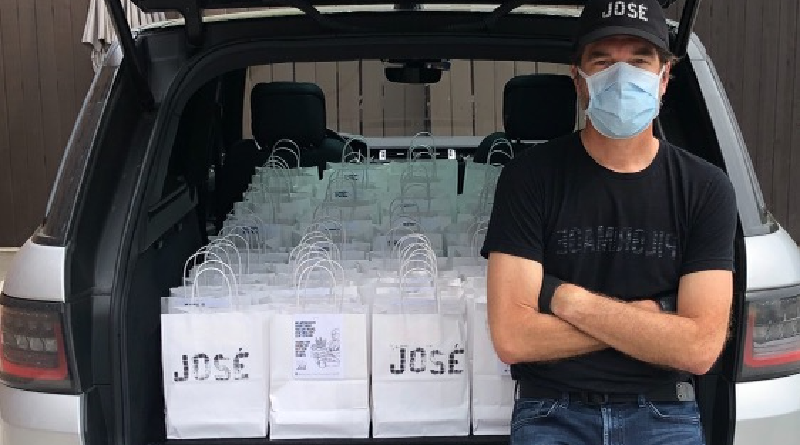 A look at restaurants during the pandemic.

A year ago, José Chef Anastacia Quiñones-Pittman, or AQ as she is better known, was prepping for New York where on March 13 she would cook for the first time at the prestigious James Beard House, where world-renowned chefs are invited to showcase their talent for guests, many of whom nominate and vote on James Beard Award winners.  AQ invited five of her team members to join her, an opportunity of a lifetime for them, many of whom had never been on an airplane and none who had been to the Big Apple.

On March 12, AQ received a heartbreaking call. New York City shut down, COVID-19 was wreaking havoc on New York and the James Beard dinner was canceled.

March 12 was also the day that County Judge Clay Jenkins made a declaration of disaster which, in hindsight, was a gross understatement.  On March 23, Jenkins ordered a “Stay Home, Stay Safe” order requiring restaurants to cease dine-in operations and, sometime in between, Governor Abbott signed a waiver to allow restaurants with correct permitting to sell to-go beer, wine and cocktails; an act that would prove, along with PPP loans, to save the industry from total decimation. With the restaurants reeling and layoffs in the thousands, the word “pivot” vaulted to overused jargon status.

Julian Barsotti reacted quickly when he saw what was coming. The chef/owner of Nonna, Carbone’s, Sprezza and Fachini made the tough decision to lay off 80 percent of his staff days before Jenkins made the shelter-in-place order.  “I didn’t think it was going to last too long, never thought there would be a bail out,” so he aggressively reduced costs and, like other restaurants, perfected to-go very quickly.

Carbone’s, the more casual concept of the four, already had a well-developed to-go business and an in-restaurant pantry filled with shelf-stable items of pasta, tomatoes, olives and oils and a refrigerated section with Barsotti’s Sunday Gravy, meatballs and filled pastas. Nonna and Sprezza pivoted a little easier with take-out than Fachini, the finer dining establishment in Highland Park Village, whose menu is a bit more esoteric with sophisticated proteins and delicate pastas.

Barsotti’s mother Shelley Hudson co-owns Food Company Catering, one of the top off-premise catering companies in Dallas. The catering business has fared even worse than restaurants but access to the catering space and equipment made the launch of Ritas & Queso, the pop-up pick-up or delivery concept Barsotti launched in early July, a huge success.  Later in the year, Barsotti and business partner Glen Collins created The Grape Ape, a take-away meal kit concept featuring Fachini’s 100-layer lasagna and other dishes prepared in the Fachini kitchen, breathing life into that space.

José’s staff largely remained intact, thanks to donations from José’s owners, landlords and regular guests, so they could prepare and distribute meals to Feeding the Frontline healthcare workers and first responders.  When the first round of PPP loans were approved, José’s staff cooked up Family Meal Kits, cocktail kids and breakfast burrito pop ups that kept the engine running in low gear until the restaurant could reopen.

For Barsotti, the PPP loan allowed him to rehire his “exceptional staff and management” including his two beloved pasta makers, sisters Juanita and Lupe Andrade.  One benefit of the slower business tempo is that Barsotti’s culinary team has been able to reconnect with the artistry of hand rolling pasta, savoring the creative process that turns simple ingredients into stunning dishes such as Nonna’s Maine Lobster Ravioli.

Today, José is open to 50% indoor occupancy per the state’s mandate, and 100% patio occupancy per the pent-up demand for AQ’s sublime Aguachiles and Tostadas La Panga which were far too delicate to offer via to-go or delivery.  Take-out remains a strong sales channel for José, and many guests who still prefer to eat at home enjoy the comfort food – tamales, enchiladas, and whole roasted chicken, and José’s cocktail kits featuring premium tequilas, mezcals and fresh squeezed juices that kept AQ’s food in front of people without the benefit of the full José experience.

Julian Barsotti is optimistic. “There’s no other way to be,” he told me in a face-to-face interview at Carbone’s recently, the first in-person interview I’ve conducted in a year, in fact. The familiar faces of the staff there, recognizable despite the masks they wear, busily prepared the restaurant for the evening’s service.  They cleaned meticulously and clearly enjoyed the pre-dinner camaraderie. It almost felt normal.

Julian is opening another “joint,” as he likes to call his establishments.  It’s called Bacari Tabu and it’s opening in late summer next to Nonna on Loma Alto Drive. He’s busy, spending many nights cooking in one of the restaurants and being a dad to three kids under the age of nine. Additionally, he is the Celebrity Chef for this year’s Visiting Nurse Association Celebrity Chef event which will be virtual this year. Fortunately, his successful experience with take-out this year will be an asset in menu planning. VNA’s need is greater than ever, with a growing list of people who need Meals on Wheels and hospice care.

AQ and Julian are just two of the more than 1.3 million Texans in the restaurant industry. There are more layers to this story and more stories to tell.  For more of these stories, please visit PeopleNewspapers.com