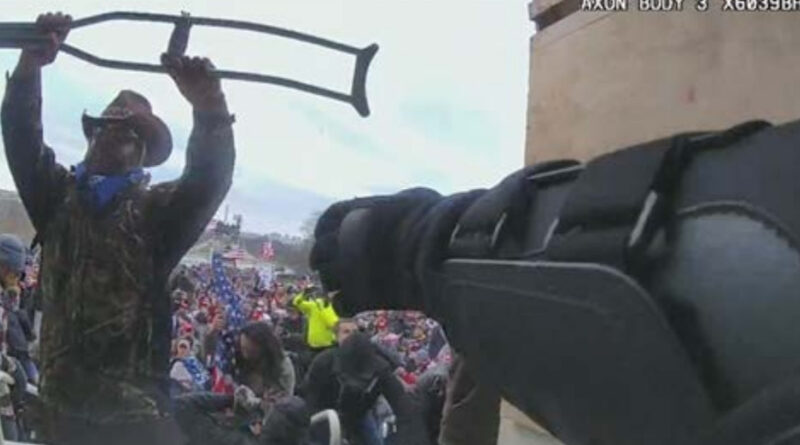 A Highland Park-bred actor charged in connection with the Jan. 6 riot at the U.S. Capitol will remain in custody even though a federal judge granted his release on bond Monday.

Luke Coffee, 41, faces multiple charges in connection with the riot, including assault of a federal law enforcement officer with a dangerous weapon and disorderly conduct on Capitol grounds, court documents show.

Coffee, who attended Highland Park High School, is at least the 13th person from North Texas known to be charged in connection with the Jan. 6 riot, the Dallas Morning News reported. Coffee also attended Baylor University, according to the IMDb page.

He was involved in an altercation with officers, and body camera footage shows Coffee grabbed a crutch from the top of the stairs near the lower terrace area and held it over his head, authorities allege.

Footage showed Coffee lower the crutch and push it into a line of officers, and as officers tried to push him back, Coffee charged at the officers while holding the crutch, according to court documents.

A complaint alleges that, based on the footage, Coffee “intended to further use the crutch as a blunt object weapon.”

Coffee’s attorney, Jim Burnham, argued he only picked up the crutch for a minute or less and that he tried to keep the peace, KDFW reported.

A judge granted his pre-trial release under certain conditions, but prosecutors requested a stay until the Washington D.C. district court can review Coffee’s status. Coffee won’t be released until that review happens and there’s no timeline for it.