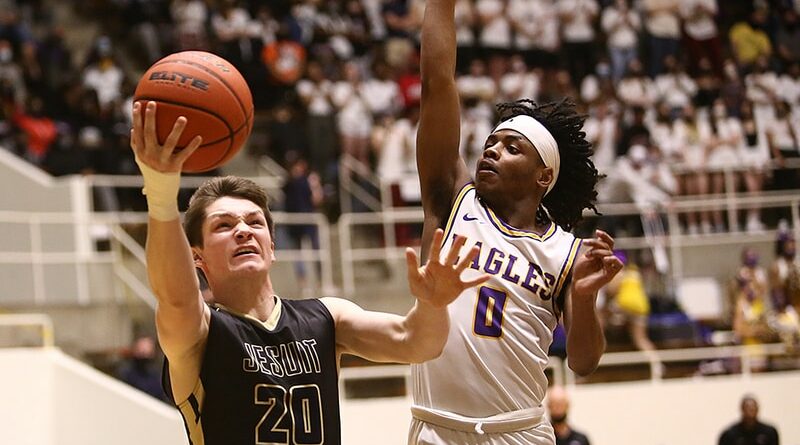 Richardson won its first two clashes with Jesuit this season in nail-biting fashion. The third victory over its District 7-6A rival was much more decisive.

The Eagles pulled away for a 66-43 win over the Rangers in the Class 6A Region I final on Friday at Loos Fieldhouse, ending Jesuit’s eight-game winning streak and its season.

Unlike the two prior meetings, which were decided in the final seconds, Richardson’s size and speed stifled Jesuit this time, forcing 16 turnovers and limiting the typically sharpshooting Rangers to just 5-of-21 from three-point range.

“Their defense was much better,” said Jesuit head coach Chris Hill. “They closed down our passing lanes and didn’t allow us to move the ball like we’re used to.” 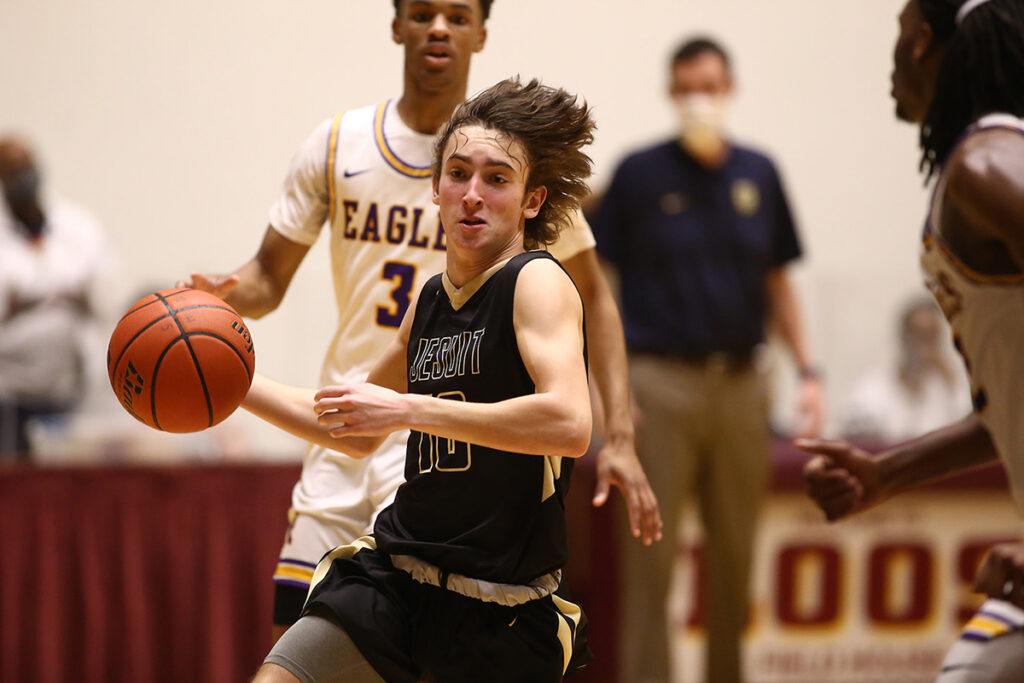 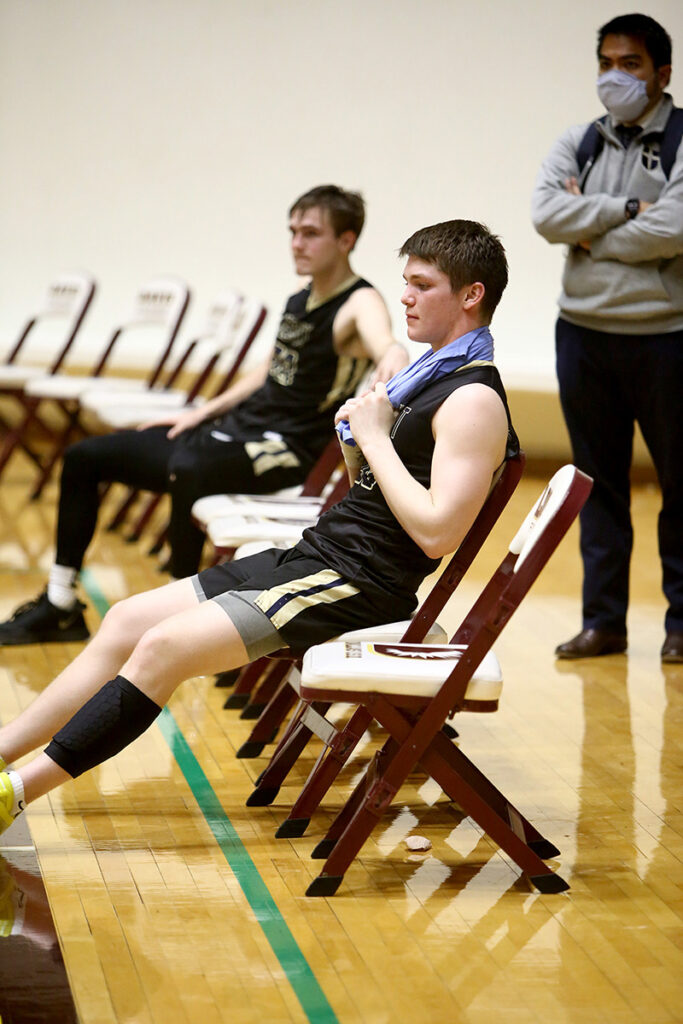 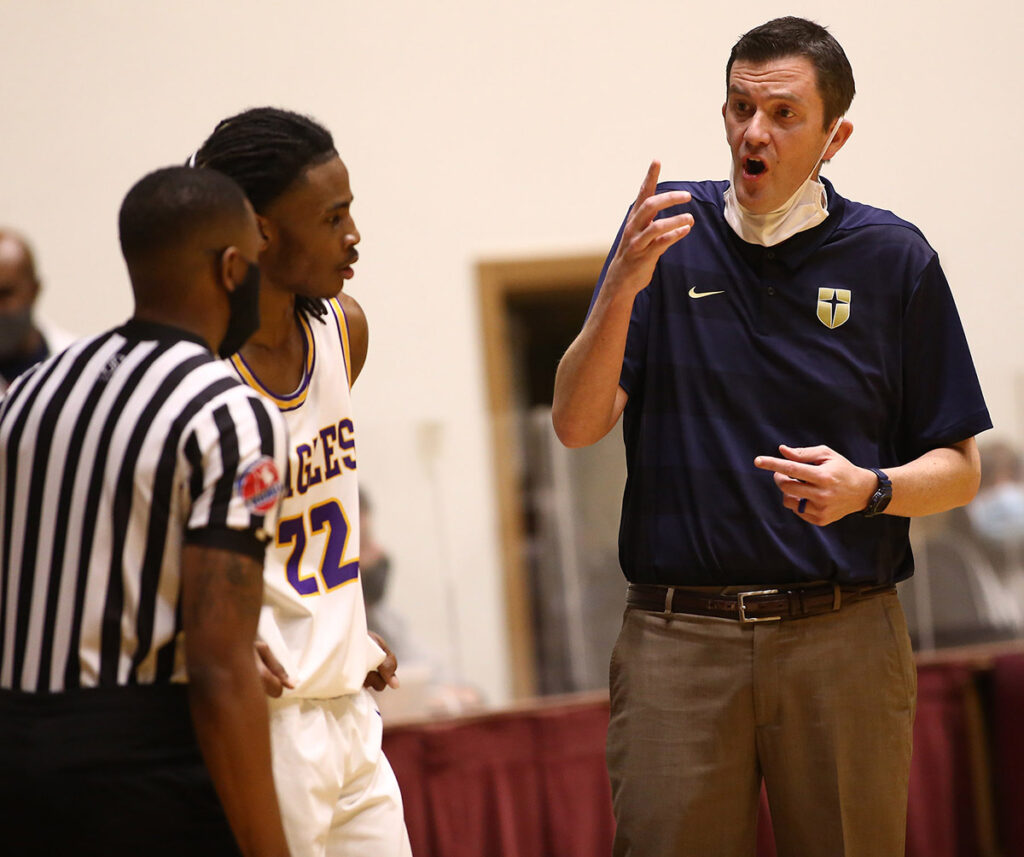 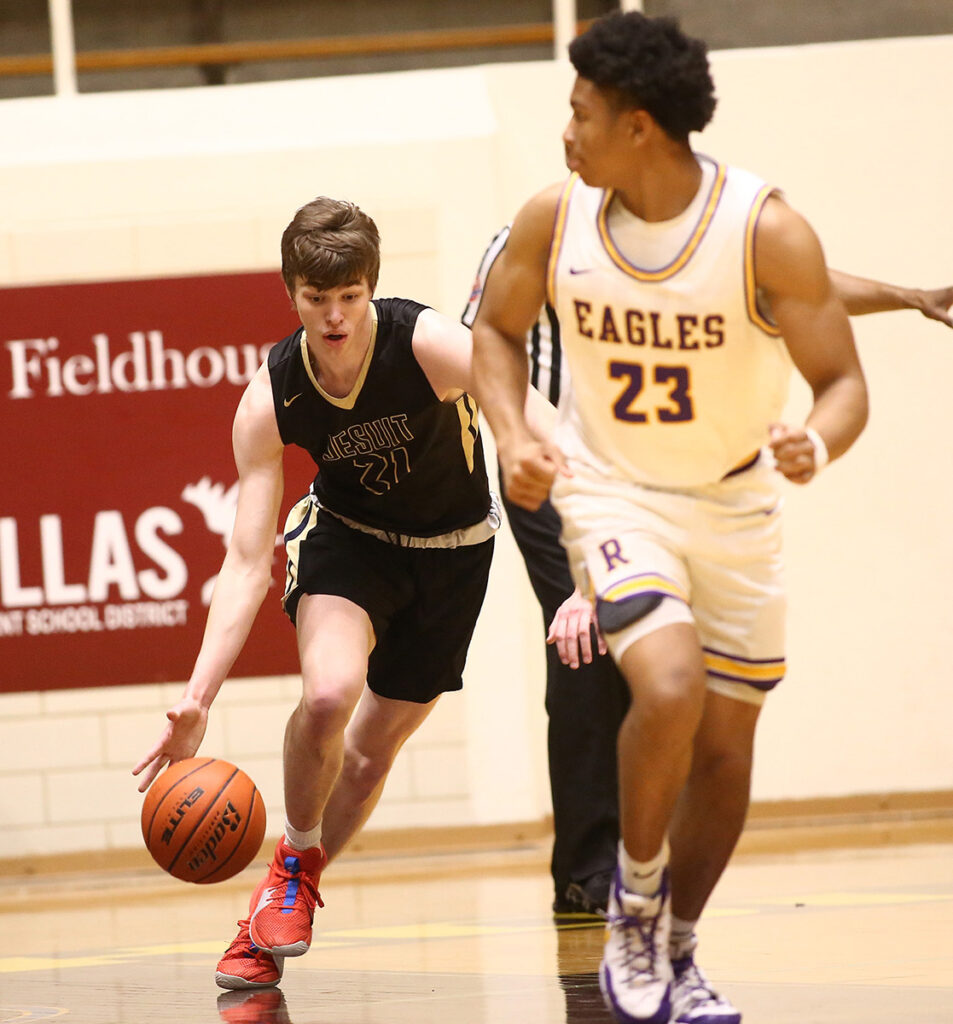 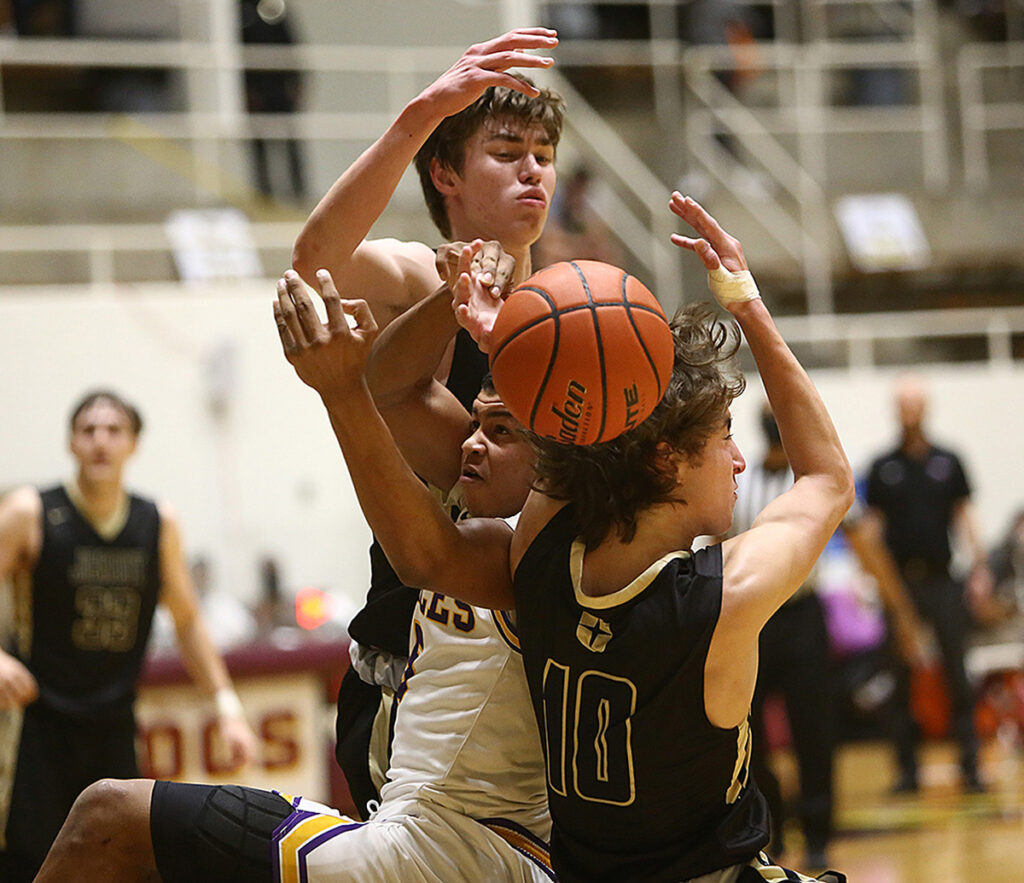 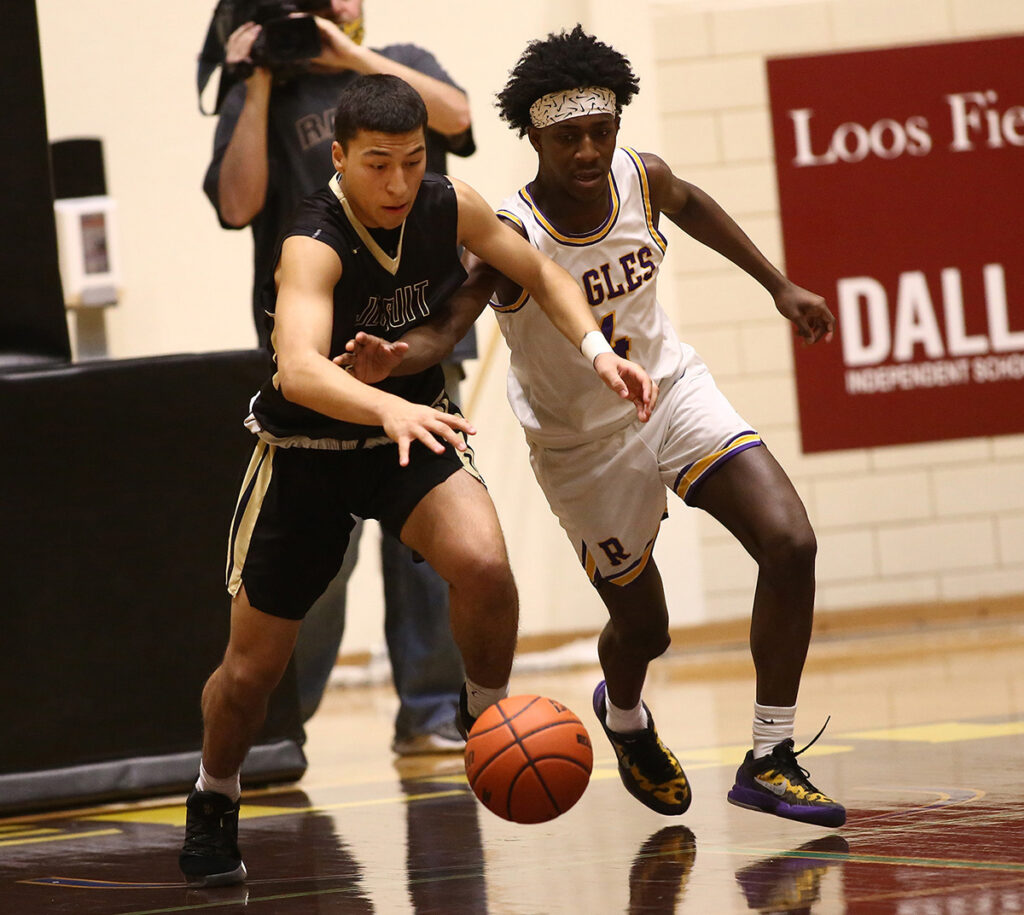 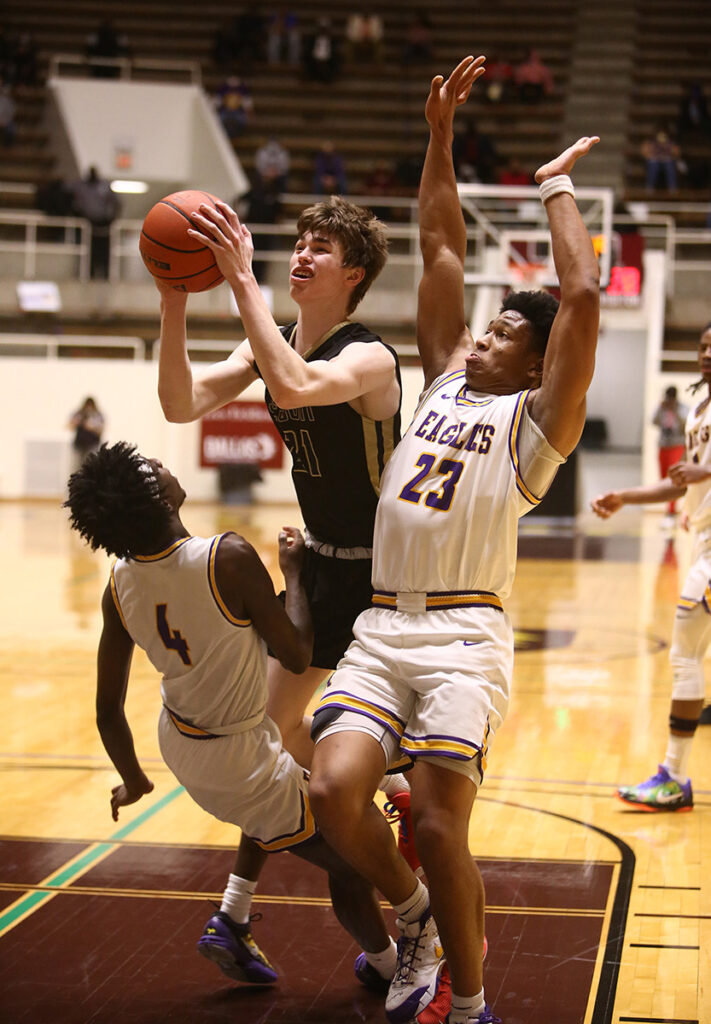 The Eagles (26-1) earned their 24th consecutive victory, a streak that covers more than three months. They have won their five playoff games by an average margin of 22.6 points.

The Rangers (21-7) gained an early advantage after a 3-pointer from the wing by Gavin Perryman capped a 9-2 run.

However, Richardson regained momentum quickly and forced Jesuit to play catch-up for most of the game. The Rangers were scoreless for a stretch of more than six minutes in the late second and early third quarters.

Moments later, the lead swelled to 49-29 on a layup by Dequinton Williams with 2:38 left in the third quarter.

“Once they got rolling, it’s tough,” Hill said. “They got away from us a little bit.”

Conor Moore, one of four seniors in the Jesuit starting lineup, paced the Rangers with 15 points and six rebounds. Perryman added 13 points in the final game of his decorated high school career.

Gannon Parker and Derek Burns were a physical tandem in the paint for the Eagles, combining for 23 points and 13 rebounds. Parker was 7-of-7 from the free-throw line.

The defeat caps a tremendous bounce-back season for the Rangers, who went from not qualifying for the playoffs a year ago to tying for the deepest postseason run in program history. Three of their seven losses came to Richardson.

“They just kept after it. They’re so resilient,” said Hill, whose team won four playoff games for the first time since 2018. “This was one of the more special groups we’ve had.”