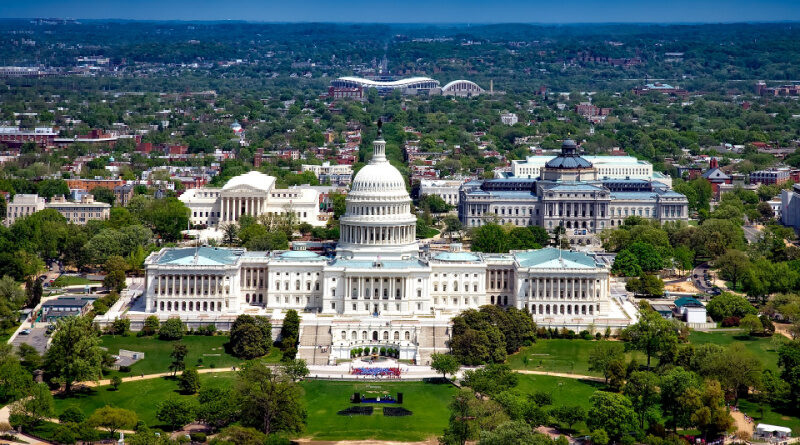 Confrontation had been expected Wednesday as both the Senate and House were scheduled to certify the electoral college votes, paving the way for President-elect Joe Biden and Vice President-elect Kamala Harris to take their oaths of office later this month.

What may have surprised many was the actions of protesters who gathered as part of the “Stop the Steal” movement that insists that Biden was not the rightful winner of the election. Not long after lawmakers gathered in their respective chambers, the crowd breached barricades and then rushed the Capitol, breaking windows and doors to get in as staffers and legislators took cover.

Prior to that, some said, was a rally attended by President Donald Trump and supporters, as well as his lawyer, Rudy Giuliani. The latter told the crowd that he and Trump were willing to stake their reputations on the assertion that the election results were crafted from widespread fraud, adding,  “So let’s have trial by combat.”

What followed was watched by millions across the globe, with lawmakers inside describing incredible scenes.

U.S. Rep. Colin Allred described the scene to the Dallas Morning News, saying he texted his wife that he loved her, and then grabbed a gas mask as he was evacuated with other members of Congress.

“We broke off furniture to make clubs to defend the US House of Representatives,” U.S. Rep. Pat Fallon said. “There was visible concern on everyone’s faces and yet we stood our ground.”

Several reporters in the House gallery reported, as shared by Newsweek, Rep. Andy Harris (R-MD) and Allred were involved in a confrontation about Republican objections to the election results in key states, and where the blame lay for the breach of Congress.

The fracas was reportedly quickly broken up after Democrats and Republicans were seen clearing their benches.

On Thursday, Allred said he only stepped in to diffuse tensions and never was involved in anything physical on the House floor.

“Allred was not involved in the initial interaction between Members and can be heard on C-SPAN footage of the House floor urging his colleagues to reconsider their actions,” his office said, also quoting Harris, who agreed that “nothing physical ever happened.”

“Mr. Allred stepped in only to ease tensions at the end of a difficult day,” Harris said.

“After seeing a disagreement between Members verge on physical confrontation, Congressman Allred approached his colleagues on both sides of the aisle with the hopes of diffusing the situation and bringing down tensions,” his office continued in a statement. “He was not involved in the initial confrontation and at no point did he near physical violence. Reports to the contrary are categorically false.

“In the video of Congressman Lamb delivering his speech you can hear Congressman Allred calling on his colleague to reconsider, saying, ‘are you serious, man? Haven’t you had enough violence for today?’”

Local officials and lawmakers reacted throughout the day.

Allred was among the lawmakers evacuated from the House floor.

“Today’s events are treasonous and seditious and cannot be described in any other manner. For weeks the president and his allies in Congress have peddled disinformation and refused to accept the results of a legitimate election. What we are seeing today is a culmination of those dangerous actions to subvert our democracy and disregard our rule of law,” a statement from Allred read in part. “This is not American. This is not who we are. Rioting, violence, and destruction have no place in our society and we must hold those responsible for today’s actions accountable.”

My statement on today’s events: pic.twitter.com/pJ0AMizMey

State Rep. Rafael Anchia (D-Dallas) also spoke out against the violence in a tweet and called for Trump’s removal.

Glad Congress is resuming the certification tonight. They should work all night, if need be.

Remove Trump via #25thA or #impeachmentnow

The anarchy that reached the heart of our nation’s government today shocks us. But it is a foreseeable result of four years of incendiary rhetoric and dishonorable conduct from a man who was never fit to be president.

State Sen. Nathan Johnson (D-Dallas) called the events not a protest, but a “rejection of democracy.”

This is not protest, this is rejection of democracy. Transfers of power have always been the highest moments of our democracy, this may be the lowest. https://t.co/xBo6nCdECq

“Forcibly storming a government building is a reprehensible betrayal of the rule of law,” said US Attorney for the Northern District Erin Nealy Cox, a Trump appointee. “Those who committed violence in Washington today are anarchists, not patriots. They should prosecuted to the fullest extent of the law.”

“Those who burned down our cities last year and those who stormed the U.S. Capitol today do not represent the people of this country,” Lt. Gov. Dan Patrick said. “We can disagree loudly and protest peacefully but the behavior we’ve seen today and in the last year can never be acceptable to any American.”

“Laura and I are watching the scenes of mayhem unfolding at the seat of our Nation’s government in disbelief and dismay. It is a sickening and heartbreaking sight,” he said. “This is how election results are disputed in a banana republic – not our democratic republic. I am appalled by the reckless behavior of some political leaders since the election and by the lack of respect shown today for our institutions, our traditions, and our law enforcement.

“The violent assault on the Capitol – and disruption of a Constitutionally-mandated meeting of Congress – was undertaken by people whose passions have been inflamed by falsehoods and false hopes. Insurrection could do grave damage to our Nation and reputation. In the United States of America, it is the fundamental responsibility of every patriotic citizen to support the rule of law. To those who are disappointed in the results of the election: Our country is more important than the politics of the moment. Let the officials elected by the people fulfill their duties and represent our voices in peace and safety. May God continue to bless the United States of America.”

Some vilified Texas Sen. Ted Cruz, who was one of what was originally 11 senators who had vowed to challenge the electoral votes of some of the contested states, saying that his entertainment of the claims that had been swatted down by judges across the country (some even Trump appointees) and even the Supreme Court, as well as the individual states’ own certification processes, aided and abetted the events of the afternoon and evening.

“Those storming the Capitol need to stop NOW,” Cruz tweeted. “The Constitution protects peaceful protest, but violence—from Left or Right— is ALWAYS wrong. And those engaged in violence are hurting the cause they say they support.”

He would not respond to reporters, however.

In fact, after law enforcement cleared the Capitol and senators reported back to the chamber to continue, the group of supporters behind the effort seemed to have dwindled considerably, with only six votes to contest the results of the Arizona election, which was the first contested result.

Some, including Texas Attorney General Ken Paxton, who had flown in to Washington to attend Trump’s rally, insisted it was antifa disguised as Trump supporters that actually formed the mob.

That was quickly debunked as Trump supporters inside and outside the Capitol building began sharing their whereabouts and actions on various social media channels.

Across the country, protests broke out at state capitols. The Texas Department of Public Safety closed the state Capitol and grounds Wednesday afternoon, citing an “abundance of caution.”

By the end of the day, both Twitter and Facebook had locked and suspended Trump’s accounts for at least 24 hours, and even one major manufacturing trade group had beseeched Vice President Mike Pence to consider removing Trump from office.

“Vice President Pence, who was evacuated from the Capitol, should seriously consider working with the Cabinet to invoke the 25th Amendment to preserve democracy,” National Association of Manufacturers president and CEO Jay Timmons said. “The outgoing president incited violence in an attempt to retain power, and any elected leader defending him is violating their oath to the Constitution and rejecting democracy in favor of anarchy. Anyone indulging conspiracy theories to raise campaign dollars is complicit.”

Shortly before 4 a.m. Thursday, both chambers had certified the election results, paving the way for Biden and Harris to take their oaths of office Jan. 20.

Trump, who didn’t outright condemn the actions of the rioters, said the transition would be peaceful.

“Even though I totally disagree with the outcome of the election, and the facts bear me out, nevertheless there will be an orderly transition on January 20th,” he said in a statement.

but that was apparently not enough reassurance for Facebook founder Mark Zuckerberg, who announced that Trump would be blocked from his accounts on the platform and Instagram at least through the inauguration.

“We believe the risks of allowing the President to continue to use our service during this period are simply too great,” he said.

One thought on “Local Officials, Lawmakers React to Capitol Riot”