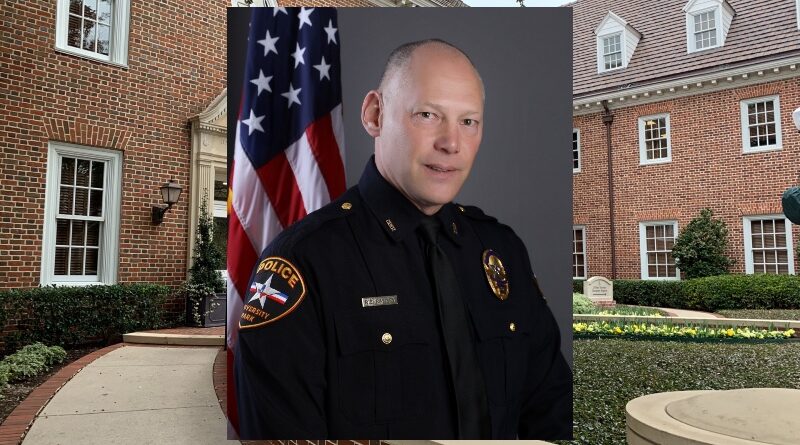 The University Park Police Department announced Thursday that the body of Sgt. Robert Ramsey, a 12-year veteran of the police department, was recovered from Lake Tawakoni about 11:20 a.m.

Ramsey was reported missing 24 hours earlier after he was late arriving home after duck hunting, according to the department.

The circumstances regarding how Ramsey ended up in the water is unknown, but police say his boat was found drifting and unoccupied later in the day about five miles away from the boat ramp he’d likely used to launch the boat.

Search and recovery efforts that began yesterday afternoon were conducted by the Texas State Game Wardens with assistance from the West Tawakoni Police Department.

“Since joining us in 2008, Sergeant Ramsey was a highly valued member of the University Park Police Department. He was a credit to our profession and a true community servant. A former School Resource Officer at Highland Park High School and skilled in firearms, he was the department’s firearms and defensive tactics instructor. Nominated by his colleagues, in 2018 Robert was named City Employee of the Year,” UPPD Chief Greg Spradlin said. “I have known and worked with Robert since the 1990’s when we worked together on joint assignments in the twin cities of Texarkana. An avid hunter, Robert loved the outdoors. I would ask you to keep Robert and his family, his friends and fellow officers in your thoughts and prayers. UPPD has already received condolences from partner law enforcement agencies. The support shown is very much appreciated by me and the men and women of UPPD.”

The city plans to provide information about services for Ramsey in the coming days. The city is also providing counseling for employees inside the department and across the city’s workforce.

University Park Police assistant chief Jim Savage said Ramsey was a patrol sergeant on the day shift and was well known in the community.

“He was a great guy, he was very knowledgeable, and we all leaned on him for information,” Savage said. “You could ask him just about anything, not just police work, but he was an avid hunter, outdoorsman. It’s hard to believe that he’s gone.”

“No words can adequately express our sadness to learn of the loss of Sgt. Robert Ramsey. Our hearts are with his family and his colleagues. Sgt. Ramsey’s dedication and humble service made a lasting impact and difference in our community and in our school district. To the Ramsey family, University Park PD, City staff and the University Park community, we extend our deepest condolences,” Trigg said.

“Late this morning we learned of the loss of Sgt. Robert Ramsey, a 12-year veteran with the City of University Park Police Department. Many of our staff have worked alongside Sgt. Ramsey, and he was well known for his dedication and professionalism. We extend our deepest condolences to Sgt. Ramsey’s family, University Park PD, City staff, and the University Park community,” Koppa’s statement read.

A pair of University Park residents set up a GoFundMe page with the goal of raising $50,000 to support Ramsey’s family.