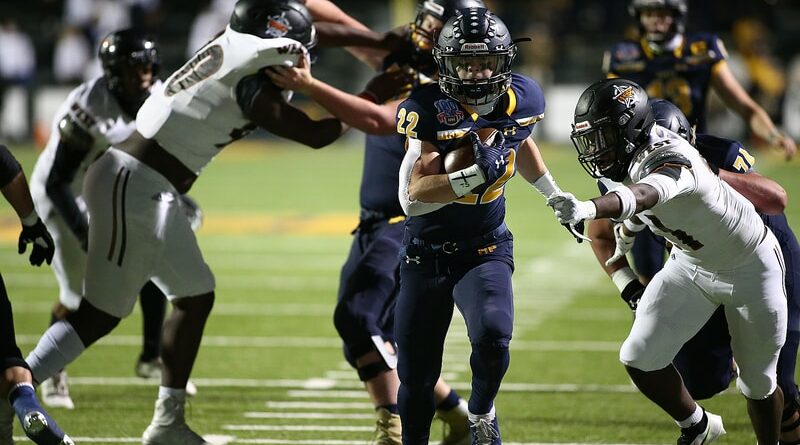 Highland Park already has clinched the District 7-5A Div. I title and a top seed in the upcoming Region II playoffs. But there’s at least one more milestone to provide motivation.

The Scots could wrap up the 21st undefeated regular season in program history with a victory on Friday at last-place Wylie East. Even if it’s just eight games instead of the usual 10 in this pandemic-shortened campaign, they’ll still take it.

Regardless, the game also will be the final tuneup for the bi-district round of the playoffs. HP will host the fourth-place team from District 8-5A — it could be Lufkin, Magnolia West, or New Caney — on Dec. 11.

One key for HP this season has been starting fast. The Scots (7-0, 5-0) have outscored their last three opponents by a combined margin of 82-0 in the first quarter. Remarkably, they have allowed just 27 first-half points all season, or an average of just under four points per game.

That defensive consistency has been matched by an offense that has surpassed 40 points in six of seven games this year. In the last three weeks, HP has averaged 51.3 points.

Senior quarterback Brayden Schager, who has verbally committed to Hawaii, surpassed 2,000 passing yards for the season during last week’s 49-13 thumping of West Mesquite. He has 15 touchdown passes, and also has rushed for a team-high nine scores.

Six of those scoring tosses have gone to sophomore receivers. In fact, Schager has spread the ball around to the extent that Luke Rossley, who leads the Scots with 417 receiving yards this season, doesn’t have a touchdown catch.

To provide balance, the rushing trio of Anthony Ghobriel, Christian Reeves, and Brooks Bond has accumulated more than 1,000 yards and 13 touchdowns.

The last time the Scots traveled to Wylie ISD Stadium, they fell to the Raiders 20-9 in the regular-season finale before eventually winning the 5A Division I state title. That Wylie East team was led by standout rusher Eno Benjamin, who now plays for the Arizona Cardinals.

However, this has been a rebuilding year for the Raiders (1-6, 0-5) who were idle last week and haven’t won since Oct. 2. They are winless at home, and have struggled on defense throughout the season.

Wylie East relies heavily on the running of Christian Johnson, who has almost 1,000 yards and 11 scores this season, and dual-threat quarterback Terrell Washington. The Raiders have just two touchdowns through the air.