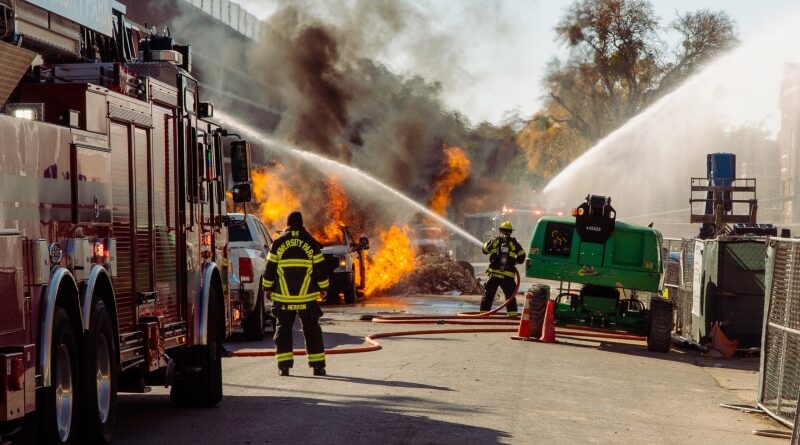 The city of University Park reported on its social media pages that a call came in around 9:30 a.m. Saturday as Atmos personnel were on scene repairing a gas main and fire officials saw flames in the streets.

Fire units then began pouring water on a portion of the high school building to cool it.

City officials say two Atmos crew members were taken to a hospital. University Park communications and marketing director Steve Mace said they’re in stable condition as of noon Saturday, and no other crew members were hurt.

There weren’t additional evacuations of nearby residences, but officials asked that people avoid the area near the high school Saturday morning as emergency crews work.

City officials say flames were extinguished as of noon and fire crews would be leaving the scene within the hour.

The gas line explosion comes after the high school was evacuated Friday because of a gas line break.

Atmos manager of public affairs Susan Harris said there was “third party damage” to the line, and the incident is under investigation.

Harris added that the fire was put out, the gas shut off, and repairs were in the process of being made as of 1 p.m.

Highland Park ISD reported on social media late Monday that the HPHS parking garage is reopened and access is limited to the Glenwick entrance and exit.

HPISD also reported minor work continues to repair damage to the gas line and the high school won’t be accessible until Monday morning. It will open at 7:30 a.m. Monday.