While the decision to not indict officers for the shooting of Breonna Taylor sparked anger, confusion, and unrest across the nation, the result would likely have remained the same had it been examined under Texas law, says Dallas attorney and SMU adjunct professor Eric Cedillo.

Cedillo explained that under laws in Kentucky and Texas and most states across the U.S., officers with the ability to be somewhere legally are justified in returning fire.

“Once the officers were fired upon, and there was fear of death or bodily injury, they had the ability to apply deadly force,” Cedillo said. “Of course, context plays a major role in that. But the way it played itself out, everything appeared to be consistent in terms of the immediacy. As soon as (officer Jonathan) Mattingly came in the door, he was shot in the thigh, and with that, fire was returned, and I think it would’ve been justified in most states.”

Attorney General Daniel Cameron made it clear that he believed, under Kentucky law, that the officers were justified in shooting back once shot at by Taylor’s boyfriend, Kenneth Walker III.

“She had nothing to do with it, and unfortunately, she fell victim to an incredible tragedy that occurred.”

Cedillo explained that this belief could have played a significant role in what information the jurors saw and the grand jury’s decision.

“The prosecuting authority has an overwhelming amount of power over the grand jury,” Cedillo said. Officer Brett “Hankinson was charged with three counts of wanton endangerment. They maintained that he acted recklessly, and it was one of the reasons why they let him go (from the Louisville Metro Police Department). So we kind of see the attorney general’s office having the grand jury do what it itself thought was appropriate.”

That the wanton endangerment against Hankinson were only for shots fired into a neighbor’s apartment, outraged and bewildered many.

“It’s a situation in terms of ballistics and where the bullets were shot,” Cedillo said. “The actual statute requires that you manifest extreme indifference to the value of human life, so if he was shooting in the wrong direction, then that is, of course, inappropriate. Hankinson shot through the glass door and through another apartment.”

While Cedillo does not expect any more charges against the officers, he thinks additional charges could come against the detective who obtained the warrant for Taylor’s apartment.

“It’s hard to fathom that Breonna Taylor lost her life in this context,” Cedillo said. “She had nothing to do with it, and unfortunately, she fell victim to an incredible tragedy that occurred. I think there’s some potential conflict with what the detective said to the magistrate, at least according to the attorneys for Breonna Taylor’s family, in that he may not have been quite honest in terms of the information he provided or what he witnessed.” 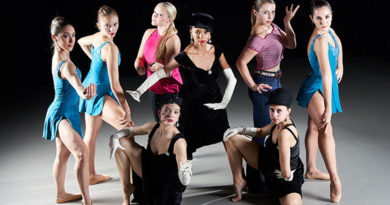