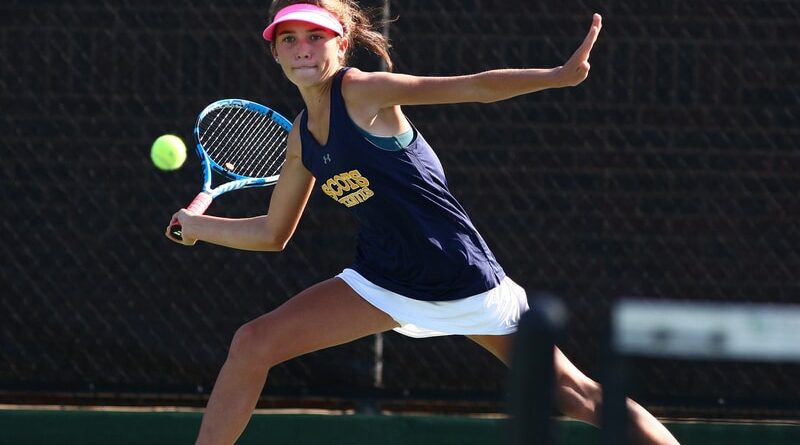 Highland Park will travel to face Ennis on Tuesday in the third round of the Class 5A playoffs. (PHOTO: Chris McGathey)
Park Cities Sports
November 2, 2020November 2, 2020 Todd Jorgenson 0 Comments

Highland Park continued its march toward another Class 5A state championship in team tennis with a pair of shutouts to start postseason play.

The Scots beat Cleburne 10-0, then blanked Hallsville 11-0 last week at the Seay Tennis Center in the area round of the Region II bracket.

Cambelle Henderson, Eden Rogozinski, and Ray Saalfield were among the players securing victories in both singles and doubles for HP.

Next up, the Scots (11-1) will travel to Ennis for a regional quarterfinal match on Tuesday. The winner will advance to face either Frisco Heritage or Frisco Lebanon Trail on Friday.