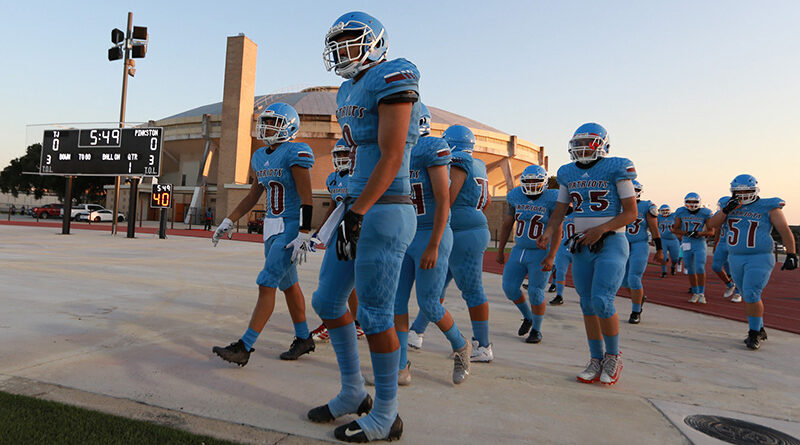 Wins on the scoreboard are nice, but for coaches and athletes at Thomas Jefferson, it’s a victory these days just to keep playing.

After all, you could hardly fault anyone at TJ for making excuses amid all of the obstacles that have befallen the school the past year.

A tornado leveled the campus in October 2019, prompting the relocation of classes and athletic programs to an old middle-school building nine miles away. The COVID-19 pandemic hindered efforts to regroup teams and rebuild morale.

“There are reasons why people could have left, but we’ve had to talk with parents and ask them to give us a chance to grow their kids and support their kids.”

The public-health crisis also caused the school’s football coach to leave over the summer, with boys basketball coach Kenny Jones stepping in as a last-minute replacement to lead a downtrodden squad with 27 straight losses entering this season.

“We certainly have resilient staff and coaches and student-athletes. They have continued to open our eyes to how resilient they are,” said Jones, who has been the athletic coordinator at TJ for eight years. “We have continued to not make any excuses and move our programs forward.”

Jones points to a handful of milestones, such as Lizzet Salazar making the school’s first-ever appearance at the girls wrestling state tournament last winter. But behind-the-scenes achievements are just as noteworthy.

For example, it’s challenging to keep students coming to a school 20 minutes from their neighborhood. Administrators worked out a bus plan to help, but regular practice attendance can be logistically challenging for athletes.

“We’ve tried to be really mindful and thoughtful of what we can do for our kids to maintain hope,” Jones said. “We have an uphill battle with all of these setbacks, but that’s what makes this job so rewarding.” 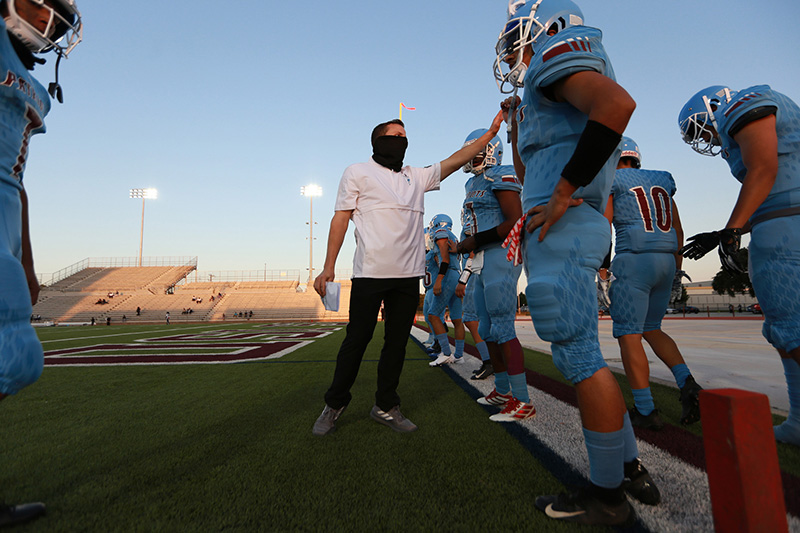 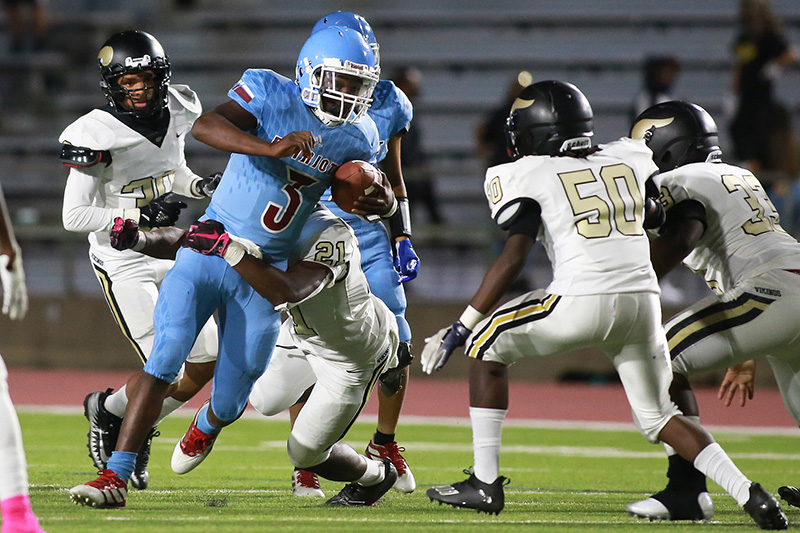 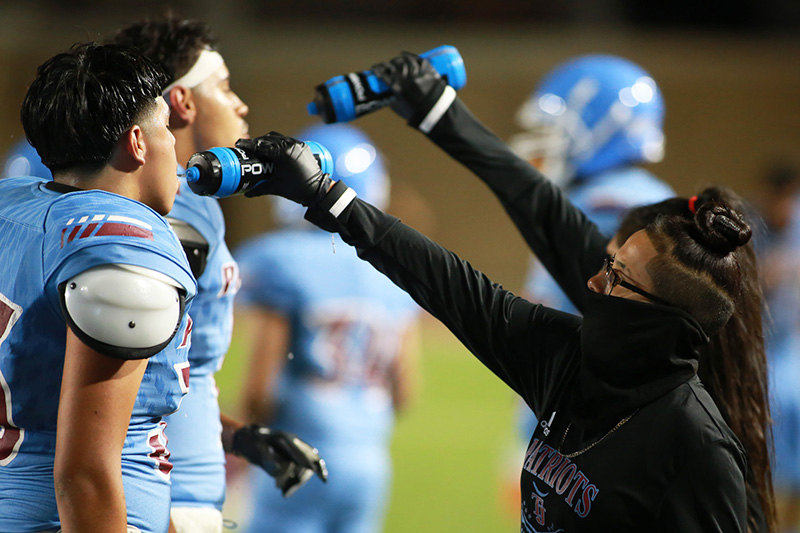 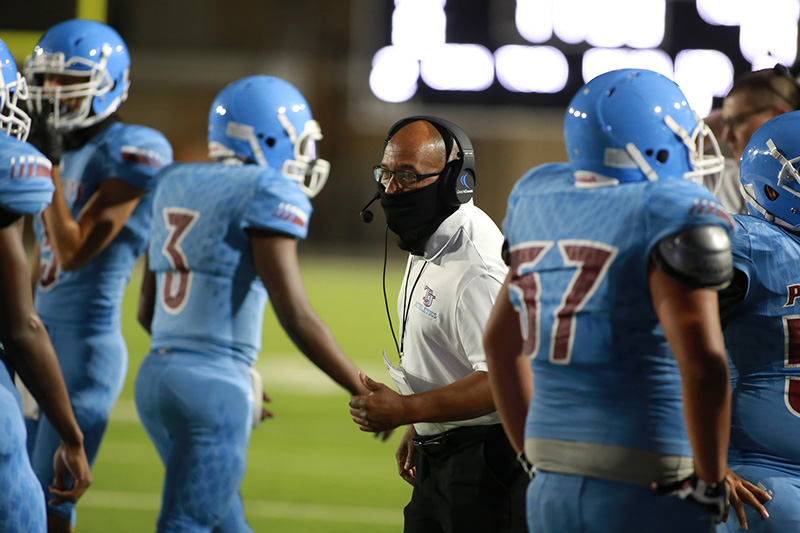 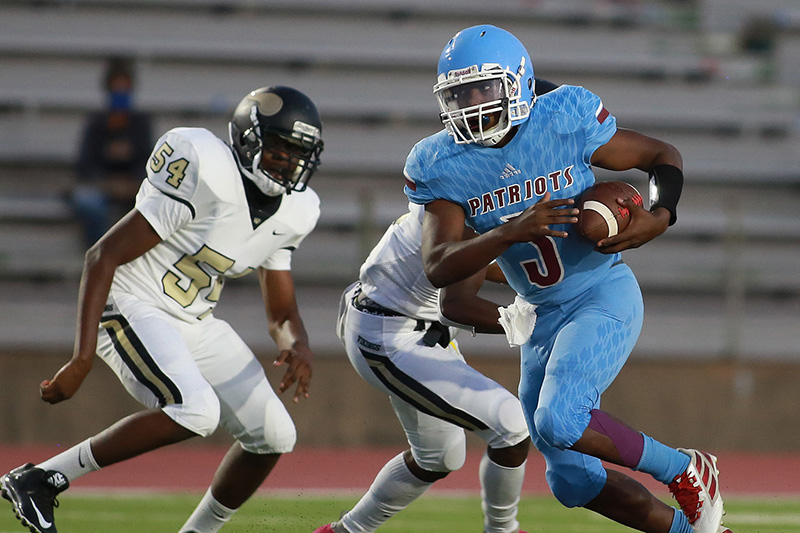 After the storm, assistance came pouring in. Dallas ISD arranged for facilities and equipment on short notice. The Dallas Cowboys opened their Frisco practice facility to the Patriots free of charge. And the Texas Rangers have pitched in by allowing TJ to use baseball and softball fields at their Mercy Street complex in West Dallas.

“We’ve continued to stay calm and coach on,” Jones said. “If we raise the bar, kids usually find a way to try and meet those standards.”

And the players have responded. TJ had more than 30 varsity players suited up for the season-opening football game against Pinkston, and despite a 50-2 loss, participation continues to rise.

“We would typically be going and knocking on doors just to get kids to come to practice,” Jones said. “Now we’ve had just as many, if not more, students showing up.”

Where coaches at other schools might have to manufacture character-building experiences, TJ players live through them every day.

“There are reasons why people could have left, but we’ve had to talk with parents and ask them to give us a chance to grow their kids and support their kids. Many of them have stayed,” Jones said. “We just try to focus on the positives. Eventually, we will be back at the TJ we know. It will be built better and stronger.” 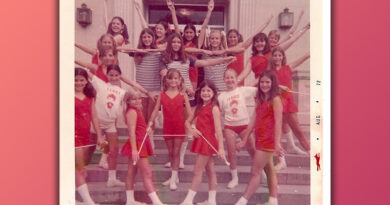 Behaving Properly at Twirlarama Proves Too Much To Bear 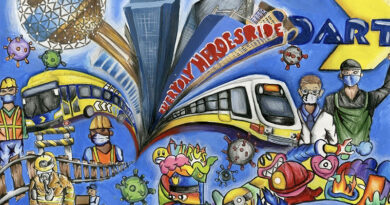