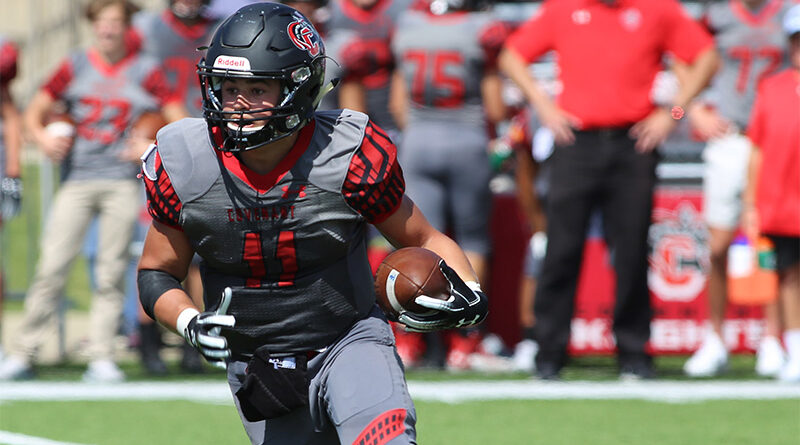 The progress has been deliberate but steady for the Covenant School in its six seasons at the Texas Association of Private and Parochial Schools (TAPPS) 11-man varsity level. Last year, for example, the Knights recorded seven victories for the first time.

After finishing second in a tough district, they also advanced to the state quarterfinal round of the Division III playoffs for the second consecutive season, where they narrowly fell to eventual champion Shiner St. Paul.

“Last year was a huge building block,” said second-year head coach Jacob Zinn. “Being able to compete with them was big for our program. It was good to see where we were and where we want to be.”

The pieces are in place for further improvement this year. After losing just five players, the Knights will have 12 seniors on their roster, making it perhaps the deepest and most experienced they’ve ever had. Participation numbers continue to rise across the board.

“He’s starting to become more of that vocal leader that you like to see from a quarterback,” Zinn said. “His evolution over the past four years has been great to see. We’re looking for him to take another step forward.”

Many of the seniors will start on both sides of scrimmage. Garrett Graham is a standout at both running back and linebacker, while Hayden Anderson provides size as a tight end and defensive lineman.

Check out more of the 2020 Preston Hollow Football Preview