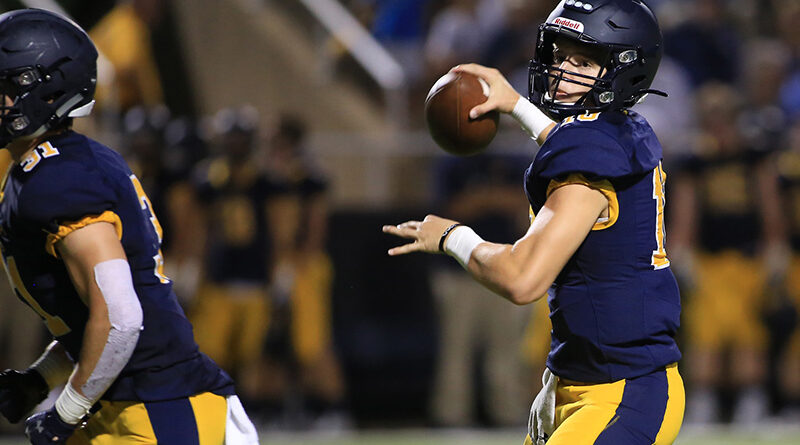 It’s a phrase typically used around the Highland Park football program to describe a dramatic come-from-behind victory or another underdog achievement.

However, it could easily be applied to this year’s team even before the season starts — for the way players and coaches stayed on track, and even thrived, under most unusual offseason conditions.

From extensive renovations at Highlander Stadium to restrictions stemming from the COVID-19 pandemic, an HP program that prides itself on tradition and routine could have become discombobulated.

“It’s been a challenge, but our guys have met the challenge,” said HP head coach Randy Allen. “We have great senior leadership and staff continuity. That helps you maintain consistency with adversity and change. That can be a positive for us if we can handle it better than our opponents.”

When the Scots begin the regular season four weeks later than initially planned — again, due to statewide COVID-19 health and safety concerns — they will focus on playing into January, which in the 2020 season means the final weeks of the playoffs.

“Everybody’s not taking it for granted. We realize how bad we want to play.”

After three consecutive Class 5A Division I state championships, HP suffered a heartbreaking overtime defeat last year against Frisco Lone Star in the Region II semifinals. Earlier in the season, the Rangers also became the first Texas opponent to beat the Scots at Highlander Stadium in two decades.

Lone Star isn’t on this year’s schedule, save for the possibility of a postseason rematch. But the Scots haven’t forgotten about them, judging from the photos strategically placed throughout the team’s facilities from that playoff exit.

That idea came from the six incoming team captains, who did some of the interior decorating themselves.

“No one wants to remember,” said linebacker Marshall Landwehr. “It’s a great motivator.”

The Scots have carried that desire for atonement with them for nine months. That’s why even when the team had to skip its typical spring drills, conduct workouts remotely or meet via teleconference, participation was as strong as ever.

“We’ve had the best turnout for summer conditioning that we’ve ever had,” Allen said. “We did so well for about four weeks before we had to close down.”

Adhering to UIL mandates and safety protocols outlined by the county government, HP and other schools began in-person workouts in small groups in June, then had to collectively pause.

However, rather than sit idle, players drove to an indoor facility in Collin County to continue preparations in four separate and smaller groups.

The Scots weren’t able to return to practice in their facilities until late August, and even then, it was strictly regulated to help curb coronavirus spread. Yet morale has remained high.

“Everybody has been showing up and working their tail off,” said offensive lineman Sam Morse.

Another positive: HP will start this season with brand new locker rooms and expansions of football meeting rooms, coaching offices, and training facilities. Those renovations are part of HPISD’s 2015 bond package.

Now the focus turns to a daunting nonconference schedule that, after some shuffling, opens with defending 6A Division II state champion Austin Westlake. Then come three more 6A foes, including perennial powerhouse Rockwall, and challenging District 7-5A road trips to Longview and Tyler.

That doesn’t even include the playoffs, where the Scots must navigate a regional bracket likely to feature Denton Ryan, Lancaster, and yes, Lone Star.

“Whoever comes out of our region will have gone through the gauntlet,” Allen said. “It’s going to be a really tough playoff schedule.”

Still, after a summer of adversity and adjustment, HP’s creatures of habit are optimistic heading into a season that could be defined by resilience.

“It says a lot about the attitude of this team and how we’re built,” said quarterback Brayden Schager. “Everybody’s not taking it for granted. We realize how bad we want to play.”

Check out more of the 2020 Park Cities Football Preview

Volunteering For the Preschool Association Never Sounded So Heidi Montag

HPPC Honors Past Member Through Concert