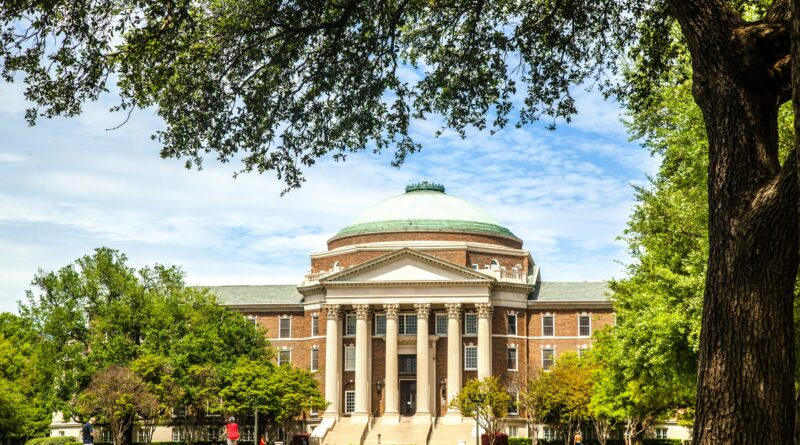 A woman has accused a current SMU football player of rape, and is now suing the school, alleging that the university did not do enough to investigate the matter.

The suit does not name Jane Doe’s alleged assailant, but does say he is “over 6’4” and weighs approximately 335 pounds, and plays offensive line for SMU.”

According to the suit, the rape occurred in August 24, 2019. Doe reported the rape in September 2019. The school conducted a Title IX investigation, and ultimately returned a finding of “insufficient evidence.”

According to the suit, Doe attended a party with friends before returning to her dorm alone. Not long after, the accused messaged her, saying he “wanted to hookup tonight.” She declined, and later FaceTimed a friend and told her she did not want to have sex with the man.

Not long after that, the woman’s assailant reportedly arrived, entered her room, and took off his pants. He then pushed her onto her bed and said, “You know why I’m here,” according to the suit.

“Plaintiff again clearly and explicitly told Assailant she did not want to have sexual intercourse with Assailant,” the suit said. He then raped her, according to the suit.

“The finding of ‘insufficient evidence’ was irresponsible and unconscionable,” the suit reads. “Beyond reaching the incorrect outcome, SMU violated Plaintiff’s due process rights and negligently administered its own policies and procedures throughout the Title IX process.”

In the suit, Doe said she was “forced to live with and see her rapist repeatedly,” despite her requests to change that – both lived in the same student housing.

“Plaintiff was forced to face her assailant around campus, in the classroom and in her living situation, as SMU declined to remove Plaintiff’s rapist from its institution or even Plaintiff’s own student housing,” the suit said.

The suit also says that the school only provided her access to a male Title IX investigator, and failed to keep her apprised of the progress of her case.

The suit also says that SMU failed to give the plaintiff adequate time to review the report or provide evidence, took more than 100 days to conclude its investigation, and that it didn’t give her enough time to appeal the decision.

“Further, SMU’s failure to promptly and appropriately investigate and respond to Plaintiff’s assault led to retaliation against Plaintiff,” the suit said. “SMU’s failures enabled and emboldened Plaintiff’s rapist to retaliate against her in a number of ways, including but not limited to via multiple instances of defacing Plaintiff’s property, and multiple instances of online bullying. After Plaintiff’s timely and courageous report of her rape, Plaintiff vehicle was spat on and defaced. Further, Plaintiff received threatening, distracting, and bullying messages via Instagram and online platforms.”

Doe also accuses the school of failing to enforce a no-contact order between her and the accused, who is still playing football for SMU. SMU’s Title IX investigation said there were two witnesses that provided accounts inconsistent with Doe’s.

According to the schools most recent Clery Act report, the school reported a total of eight forcible sex offenses on its main campus in 2016, four in 2017, and three in 2018. Another six forcible sex offenses were not reported to police in 2016, along with six in 2017 and 10 in 2018, according to the report. There were two reports of stalking in 2018, the report states.

The Clery Act requires colleges and universities that receive federal funding provide an annual security report to employees and students every Oct. 1. The report must also include statistics of campus crime for the preceding three calendar years.

Jane Doe’s suit alleges that the school’s actions ran afoul of the Clery Act since it did not report her assault.

A study from the University of Kansas, led by law professor Corey Rayburn Yung, revealed that many schools downplay the reported sexual assaults found in their Clery reports.

The suit was filed in Northern District of Texas U.S. District Court.