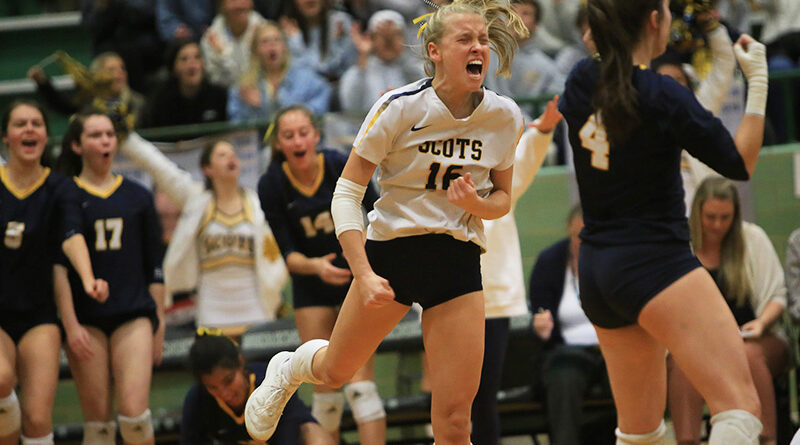 Highland Park will enter its new season with plenty of motivation for another deep playoff run. But first, the Lady Scots are just eager to return to the court.

With an experienced roster and an established system, HP is probably better equipped than most programs to handle a tumultuous offseason due to the COVID-19 pandemic. On Sept. 7, the focus returns to the routine — and on improving upon last season’s postseason exit just one match shy of the Class 5A state tournament.

“We’re grateful to hopefully be able to play a season,” said HP head coach Michael Dearman. “The great news is that we’ve got so many returners from last year. I feel good about us being able to speed things up and get things going pretty quickly.”

Although the schedule is still being finalized, the Lady Scots are slated to begin their regular season in mid-September. Since the UIL has scrapped tournament play this season, teams will fill those voids with a series of three-team duals and Saturday contests to prepare for the start of district competition on Sept. 29.

This year’s adjusted calendar will include district play finishing in early November, playoffs over Thanksgiving weekend, and the state tournament just before the holiday break.

“We’re excited about getting started.”

The onset of the pandemic scuttled the spring club volleyball season, although many club programs have not been subjected to the same training restrictions as school teams. Since almost all of HP’s players compete on the club circuit, they’ve still been working out — just not together.

“The girls have resources and the parents are very supportive in terms of training with their club teams,” Dearman said. “That’s been helpful for our program.”

HP will return 10 players, many of them starters, from a squad that lost in the Class 5A Region II final last season to eventual state champion Lovejoy.

The roster is noteworthy for its versatility, with Kennedy Westendorff, Bela Alomar, and fourth-year player Anna Claire Nichol each available to play several spots.

“There are so many players on this team who can play so many different positions,” Dearman said. “That really helps us to be able to think up some different schemes and move people around.”

Other key contributors this season should include Emily Hellmuth, Charlotte Lassarat, and Presley Wright, as well as setters Carter Ching and Grace Braner. However, Ceci Gooch will miss the season with an injury.

“When you have that kind of success and you have this many returners, that can only help you going forward,” Dearman said. “We’re excited about getting started.”

Get Ready For A Surprise During the July 4th Parade