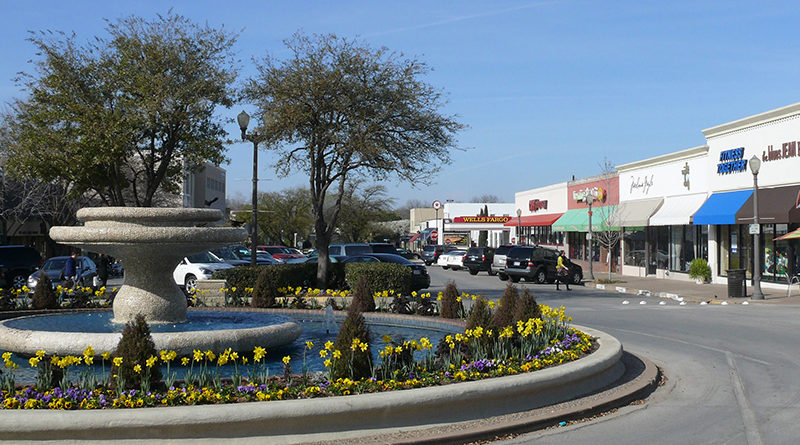 What’s up with those weeds in the pavement at Snider Plaza? That’s what Plaza Health Foods owner Max Fuqua wanted to know.

So, he took photos and sent them to University Park city officials and Park Cities People.

Turns out, they’re dead for a reason.

“The City recently treated the vegetation that is in your pictures, which is why the weeds have died,” City Manager Robbie Corder said in an emailed response to Fuqua this weekend. “Crews will follow up the treatment by trimming and collecting the dead plants. This is scheduled to occur next week.”

Fuqua said the weeds aren’t the only issue popping up in Snider Plaza.

“There also continues to be a problem with trash in the street and on the sidewalks,” he said in an email.

Fuqua said planning for Snider Plaza has been ongoing for years, but he wants it to be well maintained now.

“What I would like to see happen…we have all these plans for the future and there’s not a lot going on right now for the people who are using the plaza right now. I’d like to see things get better in the present day,” he said. “I would just like to see Snider Plaza treated on the same level as our city parks are because this is our downtown area.”

“The City provides maintenance services to areas that are within public property. However, many areas that appear to be public are actually on private property, including many of the Plaza’s sidewalks. If there is a tripping hazard or a broken section of sidewalk, the City will repair it,” Corder said. “However, if sidewalk improvements are needed to address access issues to a private business, the private property owner is generally responsible. Trash receptacle(s) throughout the Plaza are maintained and emptied by the City. The City also has a contract with a street sweeper that routinely runs through the Plaza.”

Corder said he believes these issues highlight the need for a Public Improvement District (PID).

“Across the country, especially where the upkeep of public and private properties overlap, cities, owners and tenants are using this partnership tool to coordinate supervision of maintenance issues and address future needs and amenities,” he said. “Parking management and enforcement is another area of responsibility that is often coordinated through PID agreements.”

Corder said plans for Snider Plaza, including a PID concept, will be discussed in an August 4 city council meeting.

3 thoughts on “Into The Weeds About Snider Plaza Maintenance”