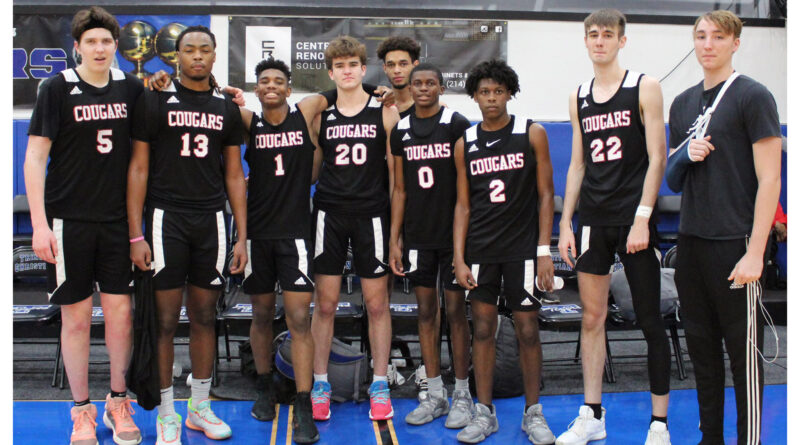 Townes Ballard wanted to chase an opportunity without giving up on one of his childhood hoop dreams.

That’s what prompted the University Park teenager to transfer last year to a business academy in Lewisville, and what led him back to Highland Park for his upcoming senior year.

When he suits up for the Scots next season, the 6-foot-6 forward will follow in the footsteps of his father and grandfather.

“Ever since I was little, it’s been a dream of mine to play on the varsity team at HP,” Ballard said. “Growing up and seeing all the games, I just kind of grew up with it.”

“I think you should always take advantage of the opportunities you’re given, and that’s what I did.”

Ballard played his junior season for iSchool Entrepreneurial Academy, an upstart business-focused high school with a nationally prominent basketball program as well as a mostly online class structure that enables extra time in the gym.

He was a key contributor on the school’s National team, which played primarily against prep and postgrad programs from Texas and other states. The squad traveled to Kansas, Oklahoma, New Jersey, Florida, and North Carolina.

“It felt like it would be a good fit for me,” Ballard said. “I think you should always take advantage of the opportunities you’re given, and that’s what I did.”

Ballard joined the iSchool program after meeting with the coaching staff while playing in select tournaments last summer. His teammates included a handful of top college recruits, including guard Julian Larry, who signed with Indiana State.

Among the highlights this season, the Cougars were the first team from Texas to ever play in the Metro Classic in Toms River, New Jersey and posted a runner-up finish at the Kreul Classic in Coral Springs, Florida.

“At almost every practice, there was a college coach there watching,” he said. “I enjoyed traveling across the country to play.”

Ballard said the experience helped him grow his confidence and improve his perimeter game. He’s also physically faster and stronger, as his former and future HP teammates have discovered during pickup games.

Now he’s planning to follow tradition as the next step in his nontraditional basketball path by returning to HP, where he last played on the junior varsity team as a sophomore.

“I’ve been keeping in touch with everybody,” Ballard said. “I’m excited.” 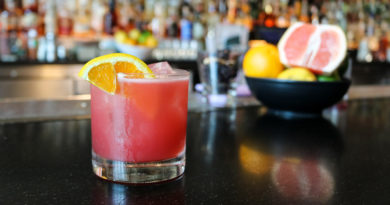 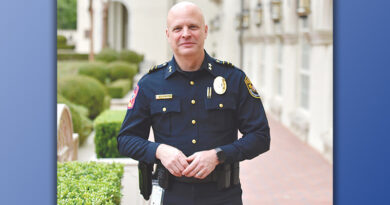 HPDPS Chief Up For Challenge