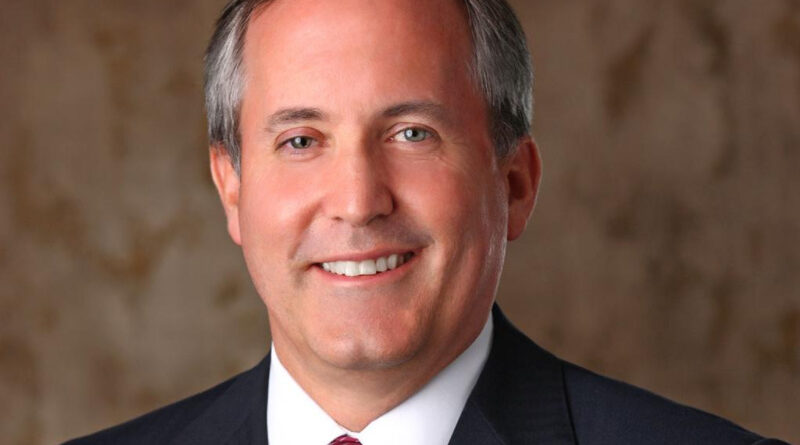 Just about the time most school districts have crafted plans that take into account county orders to remain shuttered to on-campus instruction until Labor Day, Attorney General Ken Paxton issued guidance that says, in part, that counties lack the authority to make those orders.

Paxton said in a letter that local health authorities can’t close schools just to prevent future COVID-19 outbreaks. A Dallas County order that required schools to remain closed for on-campus instruction until after Labor Day was listed as one of the orders Paxton appeared to find fault with.

Not long after Paxton’s guidance was released, Jenkins tweeted that, if Paxton is correct, it “won’t change much” in Dallas County because their plan involves “superintendents, educators, doctors, and ⁦Dallas County Health and Human Services all working collaboratively to make the best decision for students.”

The letter, which was in response to a request from Stephenville Mayor Doug Svien, said that local health authorities cannot make sweeping orders ordering closures of schools just for preventative purposes – and that they’re limited by law to addressing specific outbreaks of disease.

“School officials, both public and private, are the appropriate ones to decide whether, when, and how to open school,” a press release from his office read.

“Education of our children is an essential Texas value and there is no current statewide order prohibiting any school from opening,” said Paxton. “While local health authorities may possess some authority to close schools in limited circumstances, they may not issue blanket orders closing all schools on a purely preventative basis. That decision rightfully remains with school system leaders.”

Paxton’s letter, which is not legally binding, comes on the heels of guidance last week that said counties could not make orders that prevent private religious schools from opening.

The Texas Tribune reports that Texas Education Agency’s guidance says that schools may ban in-person classes if ordered to do so “by an entity authorized to issue an order under state law.” And the agency also told the Tribune that school districts under those orders would not lose state funding if they did not offer on-campus instruction.

“But it was confusing to education officials and school communities exactly which entities were allowed to do so, and when state guidance trumped local law,” the Tribune wrote.

The Texas Education Agency (TEA) announced Wednesday that school systems can offer remote-only instruction, subject to some requirements, for the first eight weeks of the school year as part of a transition period.

“TEA continues to monitor the public health situation very closely, working in collaboration with school systems, and remains prepared to adjust or adapt its waiver framework as necessary to ensure we keep students, teachers, and staff safe.”

Around 3 p.m. Tuesday, the Texas Education Agency apparently revised its previous guidance, saying that it will not provide funding to districts who switch to online-only due to a school closure order by their local health authority.

Later in the evening, the TEA tweeted, “School systems may begin the year virtually under TEA funding waivers for up to four weeks, and can extend that for an additional four weeks. TEA will also continue to adjust its waivers as the situation warrants.”

“As a state agency, we will follow the Attorney General’s guidance. Consequently, a blanket order closing schools does not constitute a legally issued closure order for the purposes of funding solely remote instruction for an indefinite period of time,” said TEA commissioner Mike Morath. “However, another valid funding option may apply, such as a start-of-year transition period.

“For example, school systems may begin the year virtually under TEA funding waivers for up to four weeks, and subject to a vote of the local school board, can extend that for an additional four weeks. TEA will also continue to adjust its waivers as the situation warrants.”

Highland Park ISD sent a newsletter to families Wednesday regarding the guidance from Paxton.

“We sincerely appreciate the leadership of our state elected officials, including Governor Greg Abbott and Attorney General Ken Paxton, as well as the Texas Education Agency, our state lawmakers and the Dallas County Health and Human Services department in trying to navigate through this enormously challenging and rapidly changing pandemic. While their orders have, at times, contradicted each other, we recognize and respect that each entity is truly trying to operate in the public’s best interest,” the newsletter read.

The letter noted the district will continue to take a ‘thoughtful, measured approach’ to the beginning of the school year.

“As our planning committee determined at its first meeting, the health and safety of our students, staff, families and our community is our top priority. Yesterday’s letter does not change that,” it read. “While guidance from various entities has changed over the course of the last three weeks and may, in fact, change again, it is our responsibility as a school district to be completely ready, whenever in-person instruction begins, to provide a quality education in an environment designed to protect our students and staff from the spread of the virus…Without question, the continuing changes in direction have made planning for this school year very difficult. As a planning committee and staff for HPISD, we will consult with relevant public health authorities and continue to evaluate our options, taking into consideration the myriad of additional issues we are facing with the start of school this particular year.”

A spokesperson with Dallas ISD said that the district would not have comment at this time, but reiterated that the new Sept. 8 start date was not impacted by Paxton’s guidance. Board president Justin Henry declined to comment. Trustee Edwin Flores said that while Henry is the only person authorized to speak for the board as a whole, he did think that it didn’t change the solid reasoning behind delaying the district’s start date to Sept. 8.

“My opinion is that it does not change my position on starting Sept. 8.  For two reasons: trends and funding,” Flores, who is also an attorney, told us. “In Dallas County, we have not seen a significant, long-term, sustained downward trend in the total number of COVID19 cases (which we all hope and pray will occur sooner rather than later).  Staff was asked to put together factors that will provide transparency for how and when the trend will trigger reopening.”

“As TEA has provided clear guidance with respect the school funding, the school funding aspect strongly militates for a later school start that will give this local school board maximum flexibility,” he added. “The board chose to take advantage of the flexibility provided by TEA to have the type of local decision making envisioned by the AG guidance.”

Flores said that Paxton’s guidance “changes neither of those two facts.”

We will continue to reach out to local officials for reaction, so check back on this story for updates.