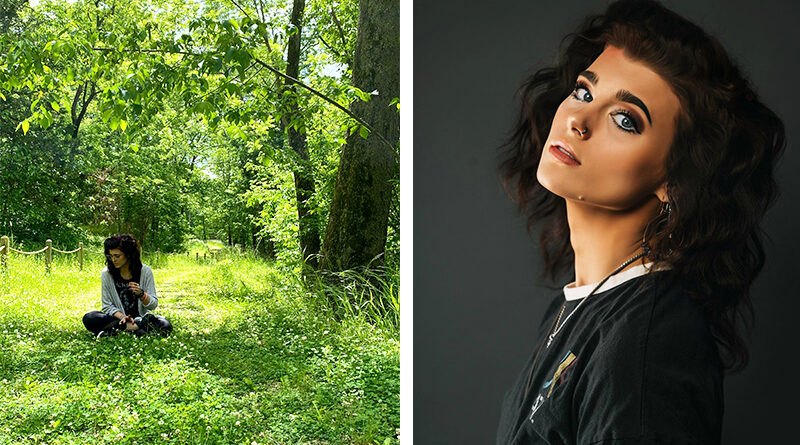 Though the pandemic slowed many lives down, the last couple months proved busy for Alison Sloan.

While finishing a bachelor’s degree in acting from Oklahoma City University, the singer-songwriter on May 1 released her sophomore concept album HEADSPACE. It features eight multi-genre tracks about relationships with mental illnesses and disorders.

Inspiration for the album came from others’ tendency to romanticize mental illness, particularly on social media.

The Highland Park High School graduate said, “I decided that I want to actually romanticize them, so each [song] sounds like it’s regarding another person or relationship with another person, but it’s actually dedicated to a specific mental illness.”

Though promoting music during the coronavirus pandemic felt odd to her, Sloan is glad to contribute to the discussion about mental health, having received feedback from people that “said that [the album] came to them in a time where they really needed it.”

“You have to make sure that the person that you are is someone that you like, and I think that mental health right now, when that’s the only thing you’re able to face right now, was very important for people to do,” Sloan said.

HEADSPACE continues her collaboration with Oklahoma- based studio Skyloft Recordings, producer of her 2019 album, Mindbody.

The new album reflects her multidisciplinary arts background by employing a variety of genres with lyrics similar to dialogue in plays.

“I grew up on a lot of hard rock music as well as a lot of music like Fiona Apple and Regina Spektor and all these wonderful female singer-songwriters that wrote these intricate melodies and didn’t really feel like they needed to conform to one specific way to write a song,” Sloan said.

Sloan said that she wanted the beginning of the album to be something listeners could groove to before shifting to a darker and more serious tone in the latter half.

Since early on in her life, Sloan has felt comfortable using art as an emotional outlet. Having been introduced to musical theater as a child and participating in choir at church and school, she was able to turn to them in times of need while also developing an appreciation for all art forms.

“I was bullied quite a lot, so I did feel very comfortable resorting to music to let out however I was feeling at the time,” Sloan said.

After graduating, Sloan plans to move to Chicago. She has several project ideas lined up for the future, including a concept album about Vincent van Gogh.

“Same thing with Shakespeare; I already have some songs written for that,” Sloan said. “It’s very interesting to be creating at this time, but it’s really fun.”

Sipping on GEM and Juice