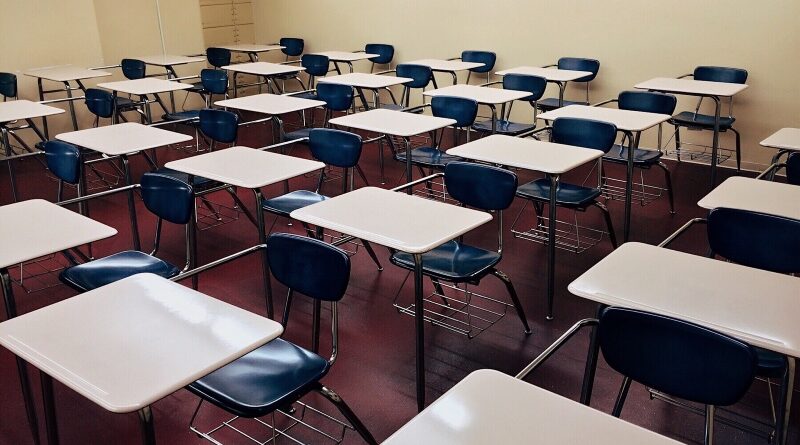 As school districts and state officials continue to plan for the fall and Dallas County continues to report 1,000 new cases of COVID-19  or more per day, there’s a lot of information to keep up with. Here are today’s bullet points:

Texas Tribune: Classrooms Can Remain Closed This Fall If Health Officials Order It

A Texas Education Agency spokesperson told the Texas Tribune Wednesday that local health officials will be able to keep schools across the state closed for in-person classes this fall without risking state funding.

The agency last week released guidelines requiring schools to open for in-person classes five days per week for families who prefer that. That order allowed districts a transition period of three weeks at the beginning of the year to hold classes online and prepare safety plans before bringing students back on campuses. After that period, per the guidance, districts that continued only offering online classes would risk losing funding.

Allison Harris of FOX4 tweeted that Dallas County officials told her Dallas County Health and Human Services Director Dr. Philip Huang is reviewing the latest TEA guidance and could be the local health official to make that sort of call locally.

Just checked with Dallas County officials. I’m told @DrPhilHuangDFW is reviewing this information. That sort of call could come from him for Dallas County. https://t.co/s4W7sy4Efy

Houston ISD, for example, will remain online-only for the first six weeks of the 2020-2021 school year, the Houston Chronicle reported.

A TEA spokesperson also told the Texas Tribune that school superintendents and school boards can’t decide to remain entirely virtual for longer than three weeks without a mandate from local health officials.

Jenkins: County On Pace For “One Of Our Deadliest Weeks So Far”

“The eight deaths we experienced today make it clear that by the time this week is over on Saturday, that this will be one of our deadliest weeks so far. I again urge Governor Abbott to enact the reasonable, business- friendly suggestions from the medical community that we sent him three weeks ago and have again urged him to enact since that time. Essentially, that request is to close in-restaurant dining and businesses like cigar bars where 100% mask wearing is not possible at all times. The longer we wait to enact these modest restrictions, the worse things will become and the more likely it is that more damage to the public health and the economy will occur,” said Dallas County Judge Clay Jenkins. “In the meantime, doctors and I strongly encourage you not to frequent businesses where masks cannot be worn 100% of the time or where there are high-touch surfaces. In addition to in-restaurant dining, these include the following: gyms, day camps, arcades, movie theaters, bowling alleys, amusement parks, concert venues, sporting arenas, group youth sports, public pools, weddings or other large events or venues.

An increasing proportion of COVID-19 cases in Dallas County are being diagnosed in young adults between 18 to 39 years of age, such that of all cases reported after June 1, half have been in this age group. Reports of cases continue to be associated with multiple large recreational and social gatherings since the beginning of June.

The percentage of respiratory specimens testing positive for COVID-19 was 30% among symptomatic patients presenting to area hospitals in week 27.

Of the cases requiring hospitalization to date, more than two-thirds have been under 65 years of age. Diabetes has been an underlying high-risk health condition reported in about a third of all hospitalized patients with COVID-19.

Of cases requiring hospitalization who reported employment, over 80% have been critical infrastructure workers with a broad range of affected occupational sectors, including healthcare, transportation, food and agriculture, public works, finance, communications, clergy, first responders, and other essential functions.

The county reported 648 COVID-19 patients in hospitals Tuesday. Additionally, the number of emergency room visits for COVID-19 like symptoms in Dallas County was 646 in the 24 hour period ending Tuesday, which represents nearly 35% of all emergency department visits in the county according to information reported to the North Central Texas Trauma Regional Advisory Council.

“These numbers do show a bit of a decrease, but we again believe that is from a reporting issue,” the county reported. “Overall the impact on our hospitals and providers remains high.”

Wednesday data from from the Institute for Urban Policy Research, which collects data from the North Central Texas Trauma Regional Advisory Council, indicates that, for Dallas County, about 82% of hospitals were reporting, and the occupancy rate is around 70%, roughly 78.6% of ICU beds were occupied, and the utilization rate for ventilators was about 50%.

The Texas Department of State Health Services also reported a misleading chart referencing COVID-19 and the flu and using the department’s logo has been circulating online. The department didn’t create or approve it.

Warning, an unauthorized and misleading chart using the DSHS logo is circling the internet. DSHS did not create nor approve this chart.

The chart displays flu and COVID-19 data that’s misleading to compare. Both COVID-19 and the flu are dangerous diseases. pic.twitter.com/zKCfqMSxNF

Lastly, we end today’s digest with a Texas business giving back to the community during the COVID-19 pandemic.

Tito’s asks that everyone who comes to pick up hand sanitizer be 18 or older, wear masks, remain in their vehicles, and pop the trunk or unlock vehicle doors so sanitizer can be placed in the vehicles.