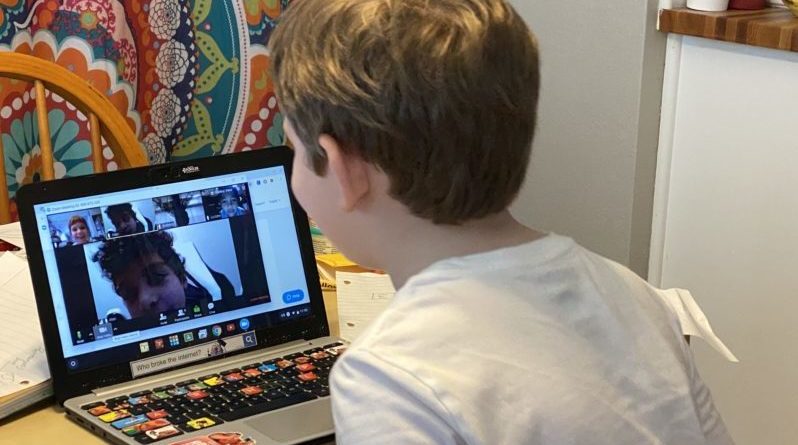 It took a little more than 24 hours, but Dallas County health officials moved to ban on-campus instruction and activity at public, private, and charter schools after the Texas Education Agency announced that county health authorities could make those decisions.

“It is a decision that wasn’t an easy one, but  one that I and a vast majority of people we have spoken to today agree with,” Dallas County Judge Clay Jenkins said in a press conference Thursday evening. “I want to commend Dr. Huang for being very collaborative in this very brief time that we’ve had this power … in less than 24 hours, in fact, he’s talked to a lot of people.”

Jenkins pledged that the county would be even more collaborative as the process moved forward.

“I’ve reached out to teacher groups, and principals, and other groups, and we want to hear from everyone, because this is not a one time decision,” he said.

Jenkins also said that yesterday’s news kicked off a lot of discussion with school districts and experts. The county also created a committee to help look at data and other issues surrounding a return to school, including, Jenkins said, “an eminent child psychologist.”

“We recognize that this is more than keeping teachers and students physically safe,” he said. “COVID is taking an emotional and psychological toll on your kids, there’s a challenge with nutrition, safety, there are special populations with special needs, and other populations that must be thought about, and I pledge to you that we will spend hours a day working to make sure all those populations have the best outcome that they can have.”

Huang said his decision was spurred in part by the fact that the county has had more than 1,000 cases per day for almost two weeks, and a rising hospitalization rate because of COVID-19.

“Given the recent numbers it really is imperative that  we must do what is best for the safety of our school children and school employees,” he said.

“This afternoon we had a Zoom call with almost all the superintendents of almost all the public, private, and charter schools across the county,” Huang said. “We discussed in depth the challenges schools are facing.”

Many, he said, expressed concerns with their ability to keep teachers, staff, and students safe.

“This order allows schools to begin remote instruction on schedule,” he explained.

Two weeks before any district wants to begin in-person instruction, it must submit its plan to the health department for approval, and also share it with parents and the public.”

Huang stressed that his department wasn’t saying Sept. 8 was a “magic number,” but instead that the data indicates that it won’t be safe to resume in-person instruction at that point. Both Jenkins and Huang reiterated that the situation was fluid, and would be based on the data and what the advisory group recommended.

Dallas ISD has still not released its plan, although Superintendent Michael Hinojosa has said in several interviews that he was considering a later start date. Thursday evening, the district released a statement that said, in part, that the health and safety of students and staff “remains our top priority.”

“The district will adhere to the order in place and discuss various options on how Dallas ISD plans to reopen, during a special called board meeting next Thursday, July 23,” a spokesperson said.

Dallas ISD school board trustee Miguel Solis said he was supportive of the decision.

“The safety of our children and teachers must be priority number one,” he tweeted.

“I’m interested in learning more at the meeting about why we would delay the start of school rather than doing virtual learning at a minimum,” fellow board member Dustin Marshall said via email.

Earlier in the week Marshall, whose school board district includes Preston Hollow, wrote on Facebook about the discussion surrounding the return to school.

“The draft of the administration’s proposal that I’ve seen asks the Board to approve a calendar that would start on September 8th and end on June 18th,” he wrote. “I’ve received 400+ emails, texts, and calls about this proposal. District 2 constituents are highly divided on whether they want school to start on August 17th or after Labor Day. Folks are similarly divided on whether they prefer In-Person or Virtual Learning.”

Highland Park ISD Superintendent Dr. Tom Trigg said in a statement that the district continues to plan for the 2020-2021 school year and will work within the new guidelines. A virtual work session of HPISD trustees is set for 7:30 a.m. July 21.

“HPISD will work within these guidelines, which have been issued to keep all of us safe, to have the best possible start to our school year. Our students deserve nothing less,” Trigg said in a Thursday newsletter. “We will continue to plan for school to begin on Thursday, Aug. 20, with remote instruction until the order is lifted. Extensive planning with district staff has taken place this summer to ensure that what will be offered will be more robust than what was offered during the spring. This remote instruction will include full-day schedules with daily synchronous interactions with teachers.”